Novation is one of the best-known manufacturers of digital recording gear, most notably MIDI keyboards. The manufacturer is renowned for installing many controls, parameters, and tools on MIDI keyboards to improve their performance.

Due to Novation being a prolific producer of MIDI controllers, it isn’t easy for producers and musicians to narrow down the search and decide which individual model would make the best addition to their studio setup.

If you’re considering investing in a Novation MIDI keyboard but are struggling to decide which to go for, this guide will help to point you in the right direction.

MIDI keyboards are multi-faceted devices, so we had to look at every aspect when testing these Novation offerings. We began by assessing the number of controls that the keyboards had, and how effectively they were laid out.

We then tested the connectivity of the MIDI keyboards to ensure that they weren’t prone to latency and that they were compatible with all popular DAWs. Finally, we compared their advanced features, such as programmable parameters.

What Are The Best Novation MIDI Keyboards? 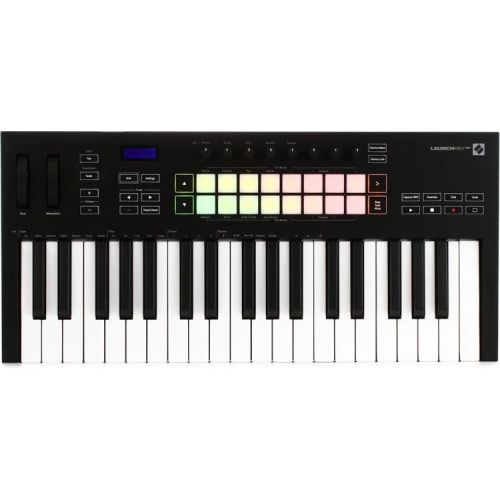 If you’re on a fairly tight budget or would like to invest some money into other pieces of equipment for your recording setup, the Launchkey 37 may be the perfect MIDI controller for you.

This 37-key device isn’t overly bulky, but it still provides you with enough keys to play across three octaves. This means that pianists can play chords in both hands to create expressive MIDI recordings in their DAWs.

The Launchkey 37 MK3 is equipped with a range of useful modes and features. Perhaps the most notable addition from the previous models is the “Scale Mode”, which allows you to instantly access different melodies and patterns in unconventional scales such as Dorian and Mixolydian.

You can also benefit from the onboard “Chord”, “Arpeggiator” and “Mutate” features. For producers and musicians who aren’t experienced keyboardists or pianists, these modes make it easier to get the exact sounds you’re aiming for without requiring technical proficiency.

This Novation MIDI controller is ideal for people who like to create EDM, hip-hop, R&B, or any other style that heavily features MIDI instruments and samples. 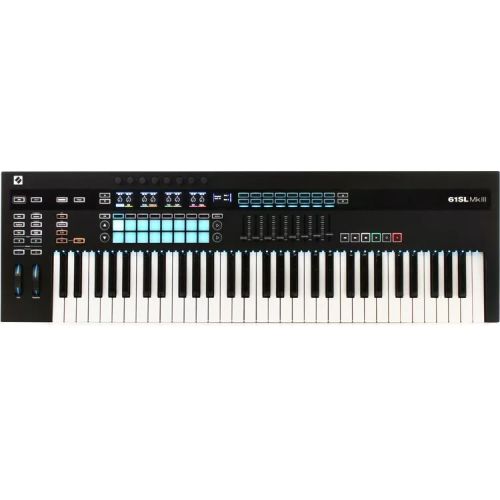 With its 61 semi-weighted keys, the Novation 61SL Mk3 is a highly playable MIDI instrument. Whether you like to use realistic-sounding acoustic MIDI instruments or electronic synth sounds in your tracks, this device is suitable for both.

An internal sequencer that boasts eight individual tracks allows you to construct your arrangements one segment at a time, and you can then benefit from the onboard arpeggiators and scale modes too.

The pitch and modulation wheels are responsive and are backlit for added visibility. Also, this MIDI keyboard has a series of LCD color screens so that you can keep track of the settings of each parameter in real-time.

61 keys are more than enough to play authentic-sounding piano and keyboard parts, and if you hook up expression and sustain pedals, you can use this instrument to improve your piano-playing skills.

Included with this MIDI keyboard is the Lite version of Ableton Live, and a 4GB sample pack by Loopmasters to get you started. 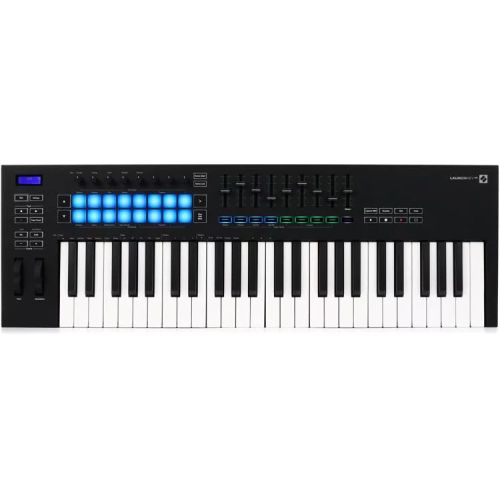 This MIDI keyboard by Novation is most compatible with the popular DAW Ableton Live, but it can be used with the likes of Logic, Reason, ProTools, or FL Studio too. The reason it’s so well suited to Abelton is that each control and parameter can be assigned to specific functions within the software.

One interesting feature installed on the Launchkey 49 MK3 is the newly added “Custom” modes, which make it easier to link the controller to your chosen recording, production, and mixing software.

You can route any of the onboard faders, sample pads, or rotary knobs so that they adjust different aspects of the effects and MIDI instruments you use in your music productions.

The backlit touchpads are velocity-sensitive, which means you can use them to trigger samples and sound while retaining complete control over the dynamics.

Octave shifting controls make it easy to access lower or higher notes, and with onboard play/stop/loop/record buttons, you can compose new tracks quickly and efficiently. 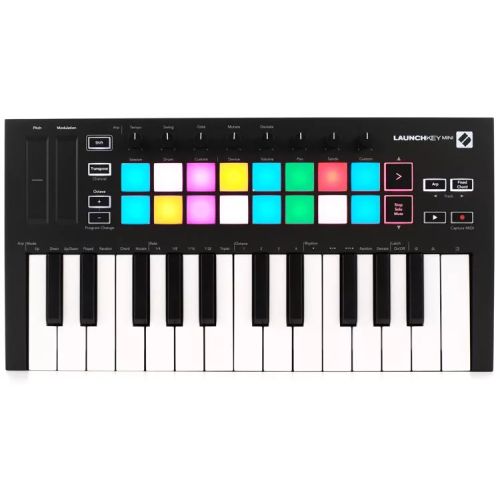 Having 25 keys on a MIDI controller comes with obvious limitations. You can’t play expressive piano parts with two hands with this number of keys, but that doesn’t mean you can’t use this device for all of your music production needs.

Novation has managed to squeeze an impressive number of controls and parameters onto the compact Launchkey Mini so that you can use it to control every aspect of your music production process.

With a total of 16 touchpads that are velocity-sensitive, you can trigger samples within your DAW or use the pads to input MIDI data into the software, which controls the dynamics.

It’s also possible to hook up an external gear, via the TRS ⅛ inch MIDI connector, to expand your rig and integrate other synths or hardware into your setup.

The great thing about the Novation Launchkey Mini MK3 25-key Keyboard Controller, other than its excellent portability, is this device’s simplicity. All of the controls and features are very easy to use, meaning you can get to work as soon as you take it out of the box. 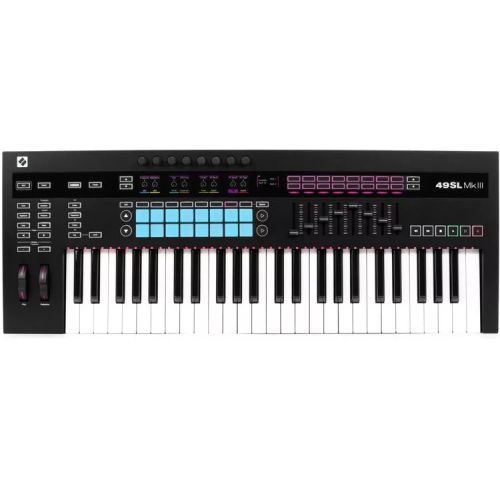 The Novation 49SL MK3 is a capable MIDI controller which has 49 semi-weighted keys to promote expressive inputting of MIDI information into your DAW of choice.

This MIDI Keyboard includes a series of touchpads, faders, rotary knobs, and buttons, all of which can be programmed to control different aspects of your music production process.

The touchpads are responsive and therefore allow you to play with more control over the volume and velocity of the sounds. Additionally, you get a backlit pitch bend wheel and modulation wheel on the left of the keyboard.

Integrating the 49SL MK3 with your DAW is simple. It works best with Abelton Live, as do most Novation MIDI controllers, but if you prefer to use a different option like Logic Pro or Reason, this MIDI keyboard will work seamlessly.

An onboard arpeggiator is a great tool for electronic music producers, and with different velocity curves to choose from, you can create immersive rhythmic patterns that make your tracks stand out.

Things to consider when buying:

Novation was founded in 1992 in the UK, initially focusing on a range of musical equipment but now the company is best known for its MIDI keyboards and controllers.

With over thirty years of experience in the industry, Novation has manufactured many of the most popular MIDI keyboards for home music production and recording studios.

An interesting fact about Novation is that they were acquired by Focusrite in 2004 – the same manufacturer who produces the hugely popular Scarlett audio interface range. Renowned for innovative and intuitive MIDI keyboard designs, Novation continues to be at the forefront of the digital music production world.

Novation’s MIDI Keyboards can be used with the vast majority of popular digital audio workstations (DAWs), but the company has an affiliation with one in particular – Ableton Live.

Ableton Live was originally popular amongst DJs and was used to mix and arrange live sets. However, in the past decade, artists from all genres have recognized the huge potential that Ableton has for recording and producing.

Novation’s Launchkey range contains some of its most popular MIDI keyboards, and these devices are designed for seamless integration with Ableton Live.

The various controls included on the Launchkey can be assigned to different parameters in Ableton Live, such as quantize, metronome, track arming, or looping sections.

If you use a different DAW to Ableton Live, such as Logic Pro, Reason, Pro Tools, or FL Studio, you’ll be pleased to know that Novation is compatible with all of these and more, but Ableton users will benefit from maximum integration.

Novation’s affordable MIDI keyboards generally have fewer keys and controls installed on them. This isn’t necessarily a bad thing, as the reduction in size means these devices are perfect for compact recording spaces, and they can easily be transported.

If you’re considering purchasing an affordable Novation MIDI Keyboard, you can expect to find some core features on the device. This includes a pitch bend and modulation wheel, which is positioned to the left of the keyboard such as the Novation 61SL MkIII and Novation 49 MK3.

Additionally, budget Novation keyboards also commonly have a minimum of 16 velocity-sensitive touchpads, which can be assigned to certain samples within your DAW. This is very useful for programming drum beats using VST kits or samples.

There are also likely to be octave shifting buttons installed on affordable Novation MIDI keyboards such as the Novation Launchkey 37 MK3 37-key Keyboard Controller, along with a transpose button, and a series of rotary controls that adjust parameters such as tempo, noise gate, panning, and volume.

Arpeggiator features are also included even on the most compact, affordable MIDI keyboards in the Novation Launchkey series.

If you’re willing to invest extra money to acquire one of the high-end Novation MIDi keyboards, either in the SL or Launchkey range, you’ll benefit from having more features and controls on the device.

For example, Novation makes their higher-end models more playable by installing semi-weighted keys, like the Novation 49SL MkIII, which are more expressive than the synth-style keys used on affordable models.

The visual aspects of these keyboards are also very impressive. It’s common for Novation to install RGB LEDs on the keybed so that you can see any scales, modes, or chord shapes.

This feature is incredibly useful if you’re in the process of learning music theory, or you’re not the most confident keyboardist yet.

Other improvements you’ll find on high-end Novation MIDI keyboards are related to the feel of the controls. The touchpads are more responsive to the velocity that you press them, which allows for more dynamic range when inputting MIDI information for samples or drum tracks.

There are also the impressive firmware updates that have been made to recently released Novation MIDI keyboards, which make it possible to use the devices either with auto-quantization or without it so that you can choose a more natural sound if you prefer.

How To Choose a MIDI Keyboard

When it comes to choosing a MIDI keyboard to add to your studio, you need to consider the physical aspects, the sonic aspects, and of course, the capabilities of the device.

It might seem like an obvious thing to suggest, but checking the dimensions of these Novation MIDI keyboards before purchasing could save you a lot of hassle. If you’ve got a designated space set up for your new MIDI keyboard, it’s best to ensure that it will fit!

It can be tempting to get drawn in by MIDI keyboards that have many advanced features, but you should ask yourself which of them you are realistically likely to use.

If you would like to have as many tools available as possible, then by all means choose a Novation keyboard that is filled with controls, parameters, and features. On the other hand, if you work best when things are kept simple, perhaps consider a more basic model.

After reading this guide, you’ll hopefully have a better idea of which Novation MIDI keyboard will best suit your music production requirements. We hope you enjoy using your new device! 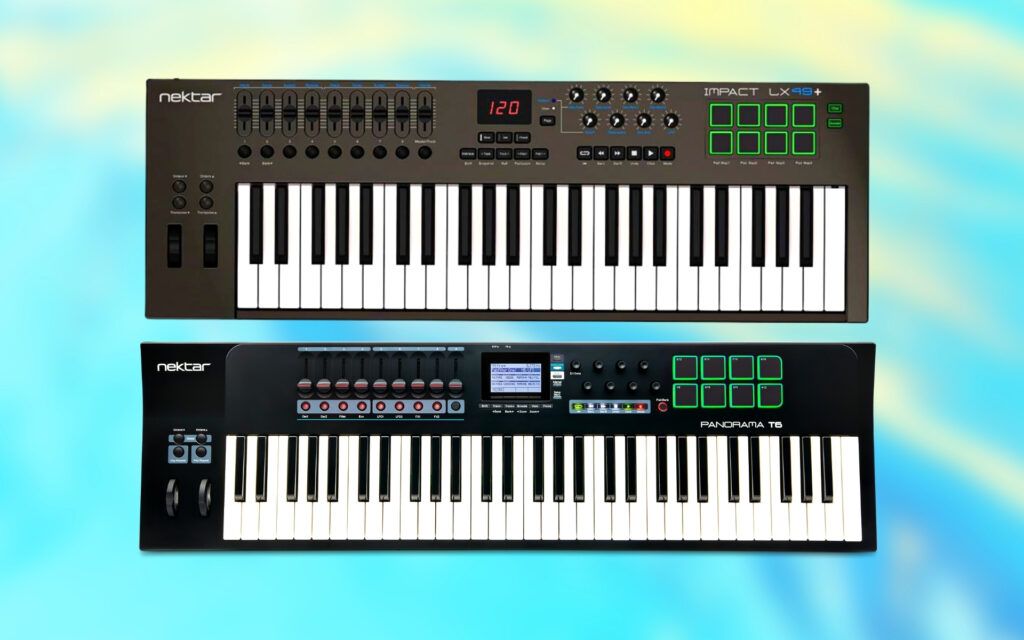 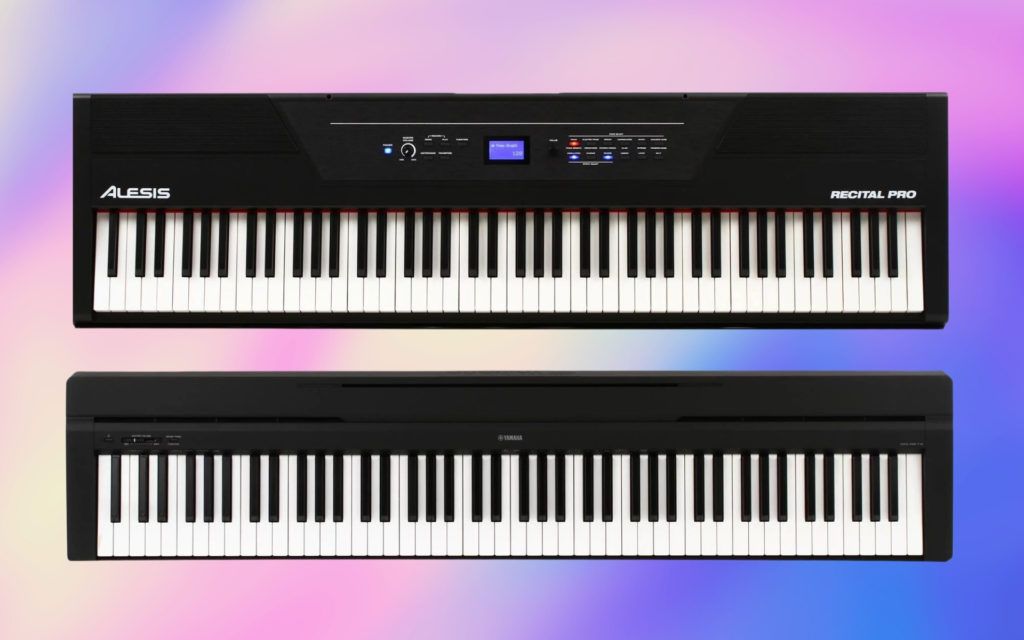 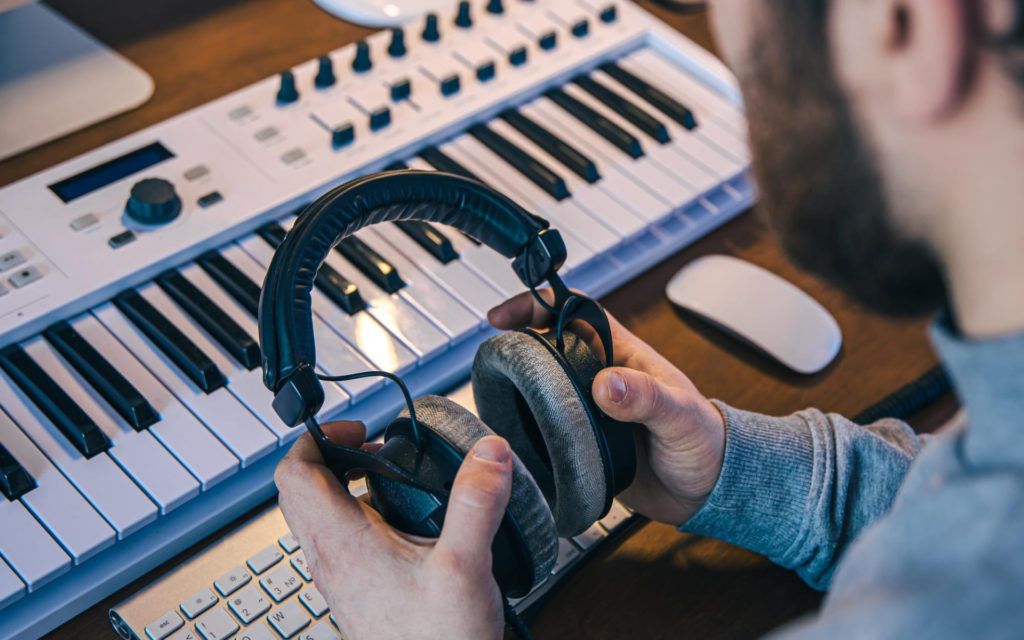 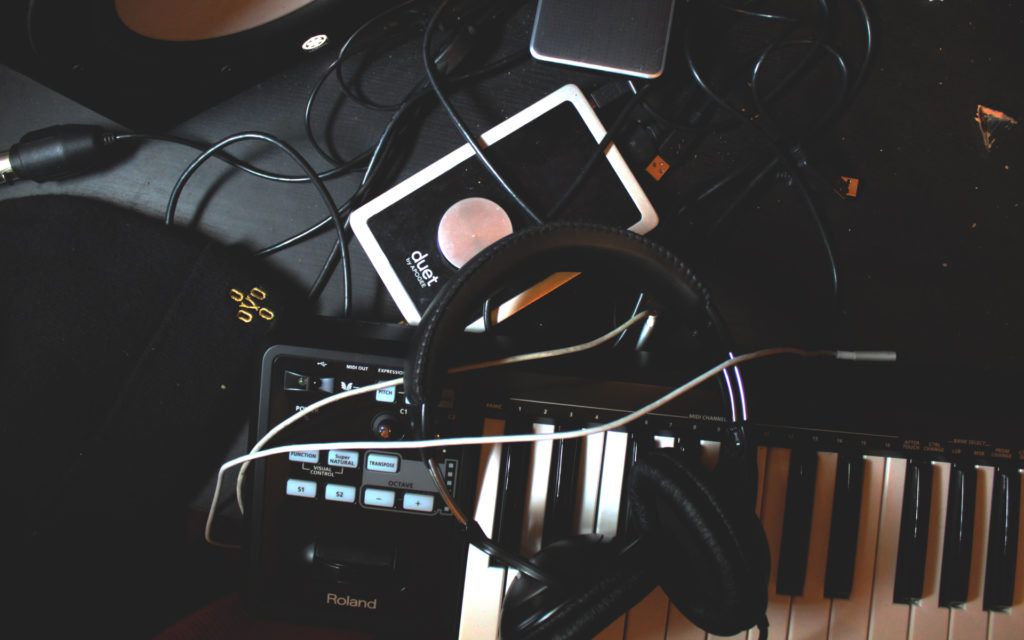 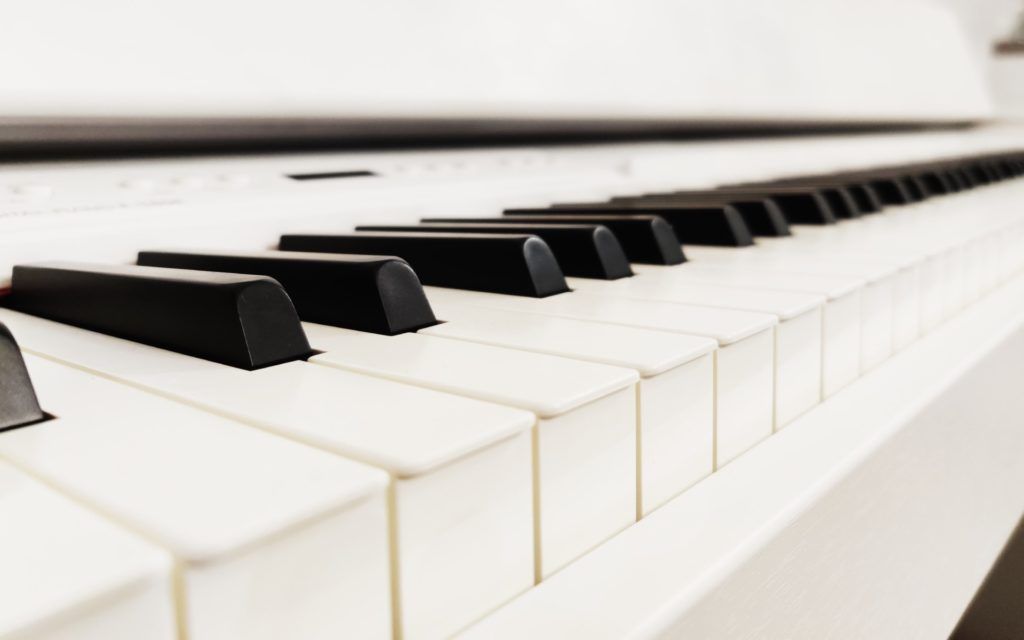 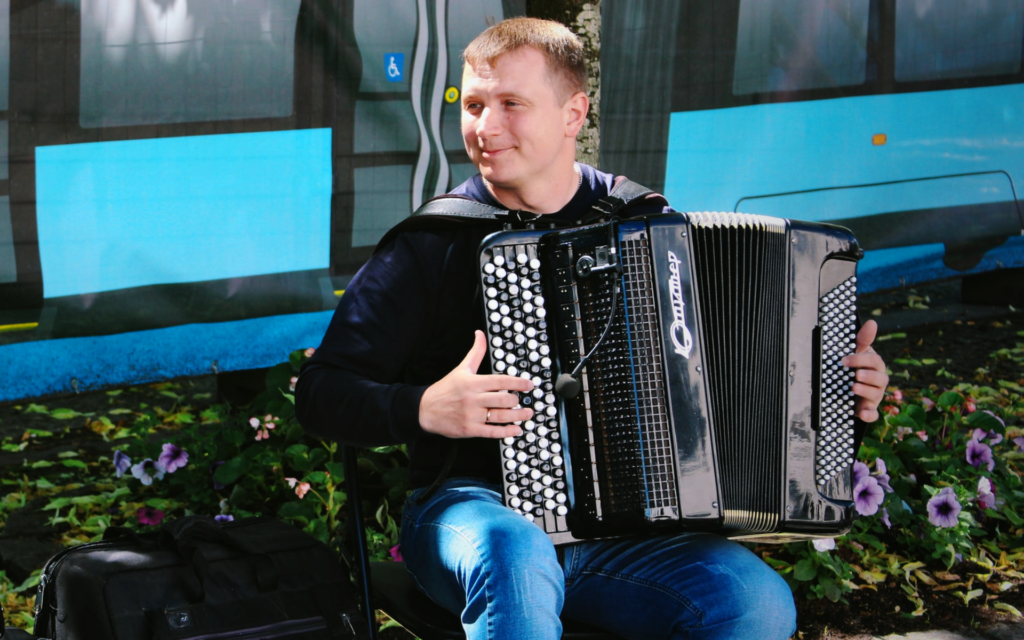