Small studio monitors are ideal for mixing, producing, and listening back to music in your home recording space. They don’t take up unnecessary room, but still provide crisp sound quality and adequate volume.

Thanks to the convenience of digital recording equipment, it’s possible to assemble a fully-functioning studio even in the most compact of spaces.

With a wide range of small studio monitors available, identifying the best-suited pair for your requirements may seem overwhelming. In this guide, we’ve carefully selected the standout options for all budgets. 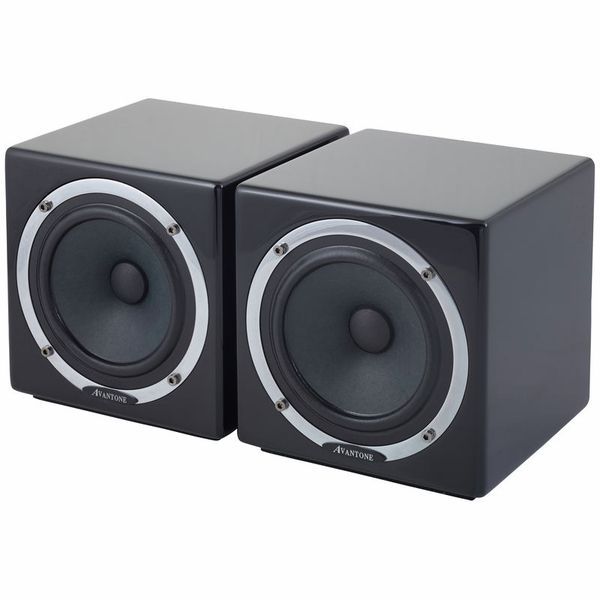 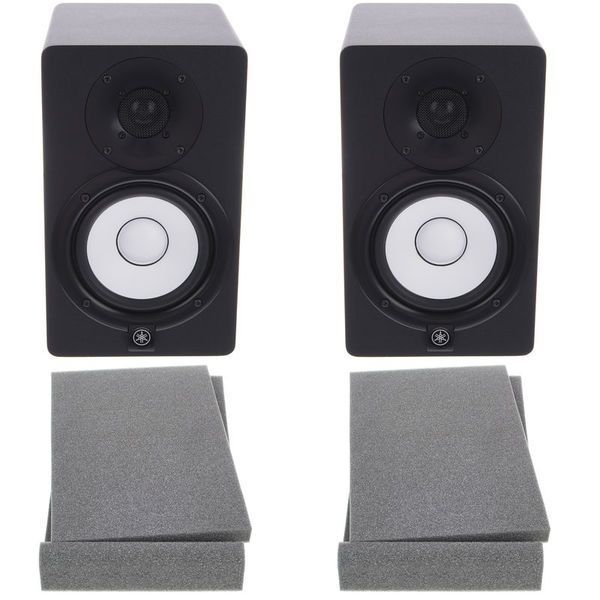 Our testing of these small studio monitors involved rating them based on some integral qualities. Firstly, we assessed their physical attributes, such as build quality, durability, and compactness.

We then put the sonic qualities of the small studio monitors to the test, by scrutinizing their accuracy, clarity in the low, midrange, and treble frequencies, and finally the headroom they provide at certain volumes. In the review below, you can find the monitors that impressed us the most. 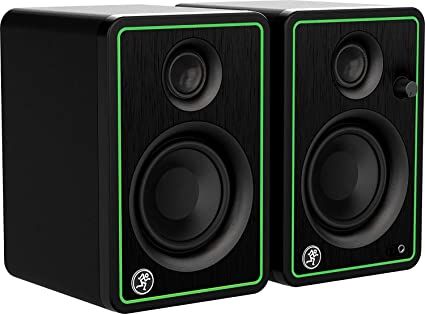 The affordable Mackie CR3-X monitors produce a crisp sound quality with good accuracy in the midrange and treble frequencies. At 8” tall, they’re ideal for small studios.

Low-priced studio monitors tend to be hit and miss, with some over-coloring the natural sound of audio playback. Mackie’s CR3-X monitors produce a surprisingly accurate sound, which contradicts their affordability.

Mackie has a reputation for producing capable budget recording gear, and these small studio monitors provide further evidence of this. Physically, they’re sturdy and durable, thanks in large to the solid MDF enclosure which houses the inner components.

The frequency response of these monitors spans from 70Hz to 20kHz. While this doesn’t suit bass-heavy genres of music due to the lack of subfrequencies, the midrange and high-end output are perfect for most styles of popular music.

These compact studio monitors are just over 8 inches in height, with a width of 5.5 inches, which means they can be squeezed into the tightest of home recording spaces.
Furthermore, Mackie has installed a useful volume control and a headphone output on the front panel of these small monitor speakers. This makes it easy to adjust to the optimal loudness when mixing or listening back to recordings.

I personally continue to use these speakers in my small home studio, and the sound quality truly exceeds its price point. They can also go surprisingly loud!

The only issue I’ve faced is the speakers emit a faint hissing noise while turned on, but in truth, it’s only slightly evident when listening to music or writing music at very low volumes. Don’t let it deter you – these are fantastic for the price. 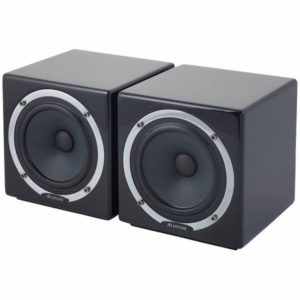 Avantone’s MixCubes are perfectly sized for small recording spaces. They project audio realistically so that you can determine how your mixes will sound in everyday listening environments.

Avantone has emerged as a highly capable studio monitor manufacturer in recent years. Their popular MixCubes are unique in terms of their design, dimensions, and features.

These small studio monitors are designed to allow musicians and producers to hear an accurate representation of how their mixes will sound when listened to on common devices like computer speakers, phone speakers, or car stereos.

With an active design, the MixCubes have an inbuilt amplifier with 60 watts of power. This ensures that they don’t sap any power from your computer or laptop.

60 watts is enough power to provide a good amount of headroom so that you can check your mixes at relatively loud volumes. The slight reduction in bass frequencies is convenient if you don’t want to disturb other people when using your home recording studio.

Physically, Avantone has made robustness a priority when building these small studio monitors. They’re made from a combination of MDF and die-cast aluminum to promote longevity.

The height, width, and depth of the MixCubes are all identical at 6.5 inches, which makes for a convenient shape that easily fits into your compact studio set-up. 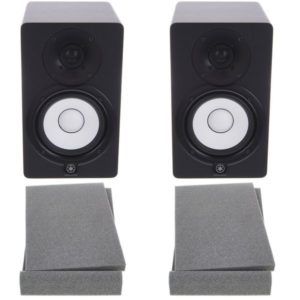 The HS series contains Yamaha’s best-known selection of studio monitors. The largest model in the range is the HS7, but those monitors are too bulky for compact studio spaces.

The HS5 monitors boast many of the qualities of their larger counterparts but in a more practically sized enclosure. Perhaps the standout component in these monitors is the drivers, which are mounted using an innovative method that maximizes sonic clarity.

Also, Yamaha has gone a step further to prevent vibrational noises and unwanted resonance by tweaking the design of the mounting ring, which allows the speaker to do its thing with no risk of saturation.

All of the monitors in the HS series contain sizable magnets. Often overlooked in terms of their importance, these magnets impact the flux field which delivers a wide dynamic range, expansive tonality, and undeniable accuracy.

Finally, these mini studio monitors are designed to respond to any space that they are used. The “Room Control” and “High Trim” features allow you to tweak the output of the HS5 monitors to suit your acoustic environment.

Size doesn’t always matter when it comes to sound quality and accuracy! Choosing a capable pair of monitors is especially important when you’re working with limited space available, as it’s common for mixes to translate differently to other environments.

Things to Consider When Buying:

For many decades, studio monitors and speakers were huge, bulky devices that took up a significant portion of space in a recording studio.

As home studios have become the norm, manufacturers have downsized their monitors to make them more practically sized for compact environments.

This has resulted in an almost overwhelming number of options being available for musicians and producers.

Despite their small size, these monitors can still provide an impressive amount of power, tonal richness, and clarity.

If your music production setup is in a compact space, you’ll need to choose nearfield studio monitors. These aren’t suitable for open spaces, but in a small room, they will work perfectly.

It will also be better to choose active studio monitors, as, unlike passive models, they don’t require any additional components as they have internal amplifiers.

Measuring the exact space that you have available for your studio monitors is also advisable before you choose them.

Monitor stands take up a considerable amount of space, so it might be better to place the monitors on your desk.

The Importance of Accuracy

When someone describes studio monitors as sounding “good” or “great”, this doesn’t tell us anything about their capabilities. What we should be looking out for is how accurate they sound.

Small studio monitors are bound to be quieter and less powerful than their larger equivalents, but this doesn’t mean they can’t be as accurate.

Accuracy is determined by several factors. Firstly, some studio monitors have wider frequency responses than others, allowing them to project a broader range of sounds.

If a set of studio monitors adds too much coloration to the output, you won’t be hearing an accurate representation of your mixes or recordings.

Then, when you go to listen to your creations on other speakers, you might be left unpleasantly surprised by the way they sound completely different to how they did when you mixed them on your small studio monitors.

Although it isn’t always the case, oftentimes the more you’re willing to invest in studio monitors, the more accurate they will sound.

Affordable, budget monitors can be useful, but they will probably compensate for their less advanced design and components by coloring the sound.

These small studio monitors are unlikely to have as high wattages as larger models. However, the wattage is still worth paying attention to even with compact monitors.

The drivers that are installed within a studio monitor are powered by a specific amount of wattage. The higher the wattage, the more extensive the dynamic range of the monitors will be.

This means you can listen to audio through the monitors at a higher level, without distortion occurring.

If you’re positioned very close to the studio monitors, you probably won’t need to choose a set with a higher wattage, as turning up the volume will risk hearing damage anyway.

Small studio monitors have less room for inputs and outputs, but some of them still include them.

It’s common to find headphone outputs on some small studio monitors, and this is useful if you want to listen to audio directly from the monitor.

You may also benefit from having an auxiliary input on your monitors, which means you can connect an external device like a smartphone directly to them to play music.

Can You Use Just One Studio Monitor?

Using one studio monitor is okay if you’re simply listening to music and aren’t overly concerned with the sound quality, but if you want to mix audio or use monitors for any form of music production it’s highly advisable to use an identical pair.

You’ll need two monitors to play or mix audio in stereo, and if you only have one you won’t be able to use techniques like panning or stereo imaging when producing music.

The size of the room in which you use your studio monitors will have a significant impact on the way they sound. Generally, bigger monitors that can produce higher volumes should be used in large, open spaces.

Small, nearfield studio monitors will work perfectly in compact spaces, as they won’t need to reach exceedingly high volumes and will be more compatible with the acoustics of the room.

Should I Mix With Headphones or Studio Monitors?

Mixing with headphones and studio monitors both offers various advantages and drawbacks. The best method is to mix audio using a combination of both, but using studio monitors for the majority of the process.

When you mix in headphones, you don’t hear the audio in an acoustic environment, and this can make it hard to set the levels of each sound correctly. However, it is useful to check your mixes in headphones, as many people consume music with them these days. 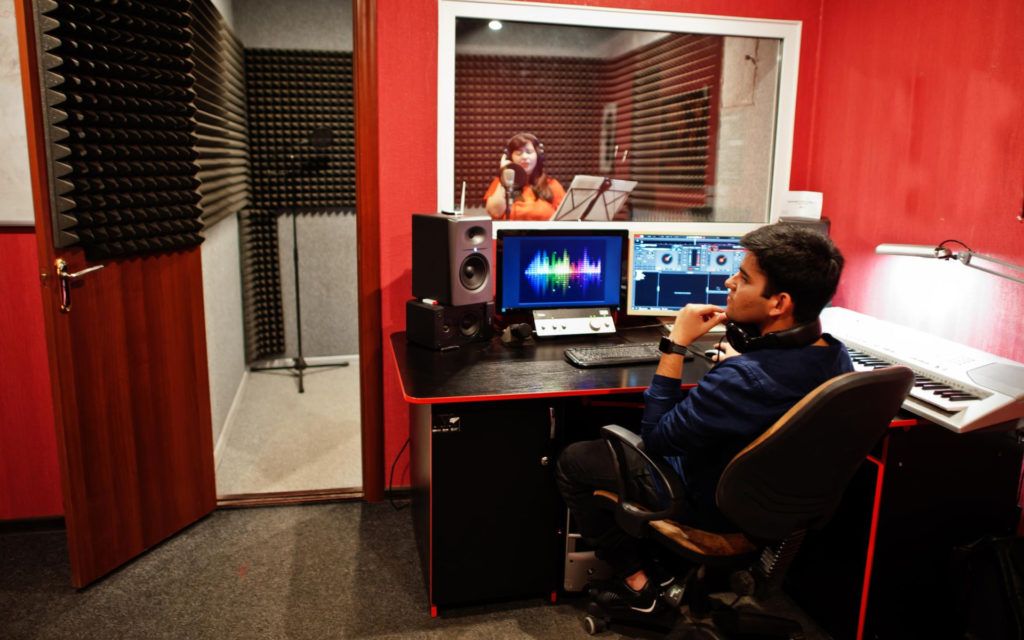 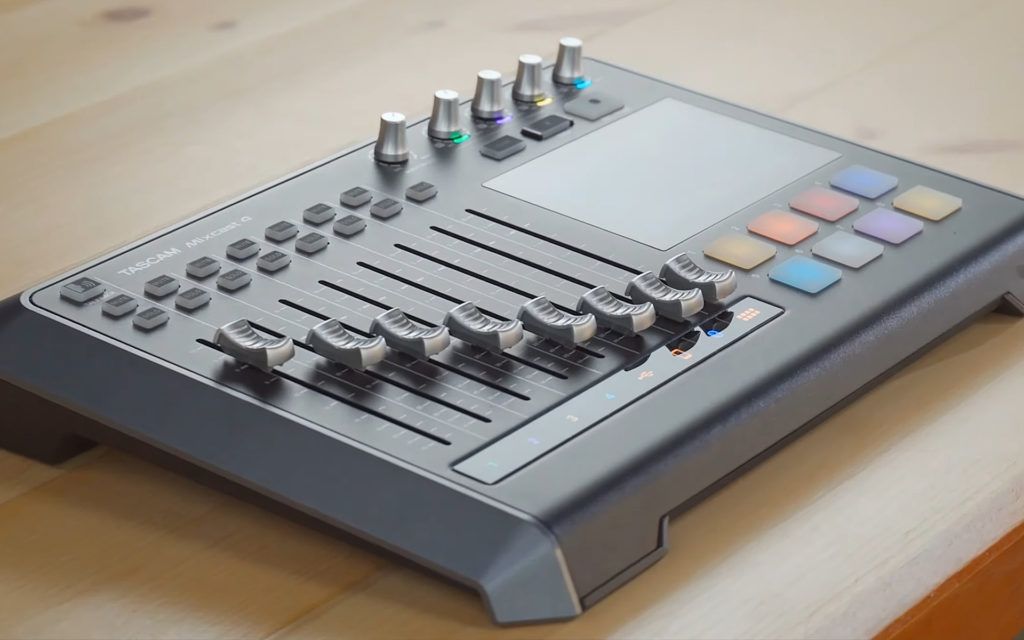 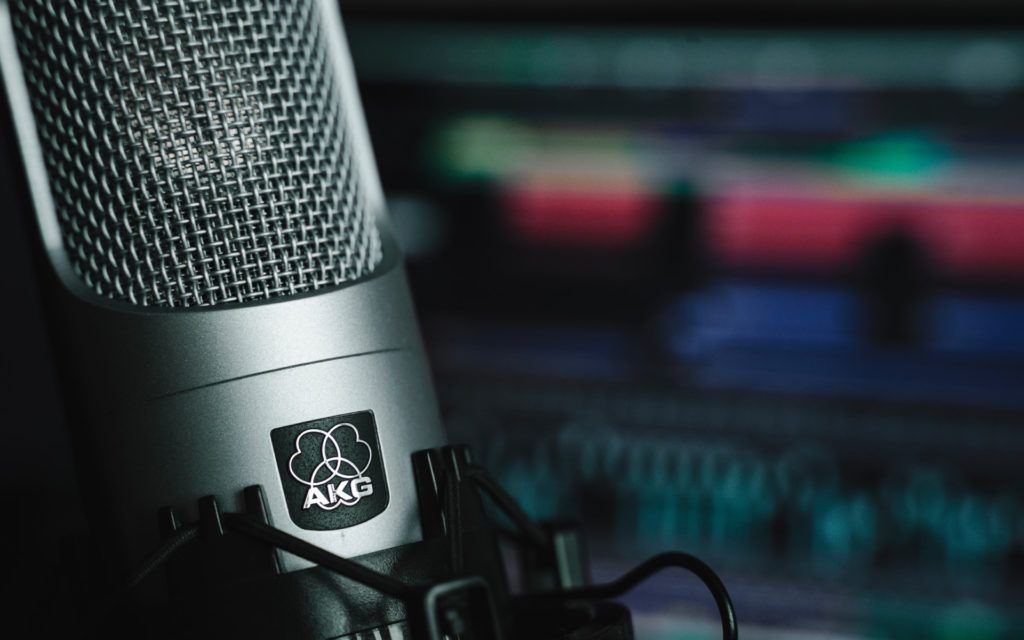 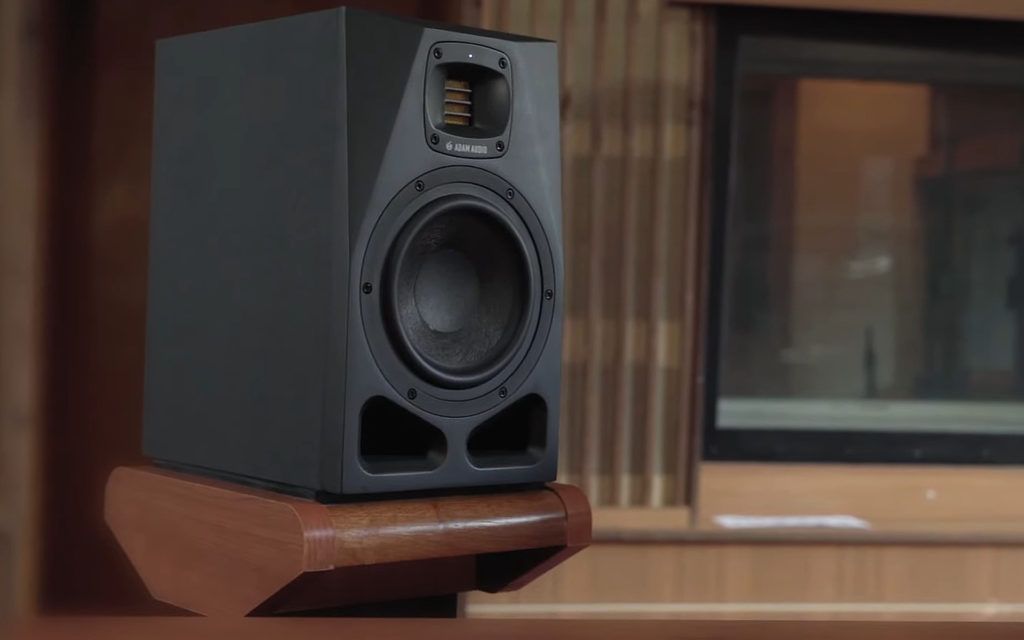 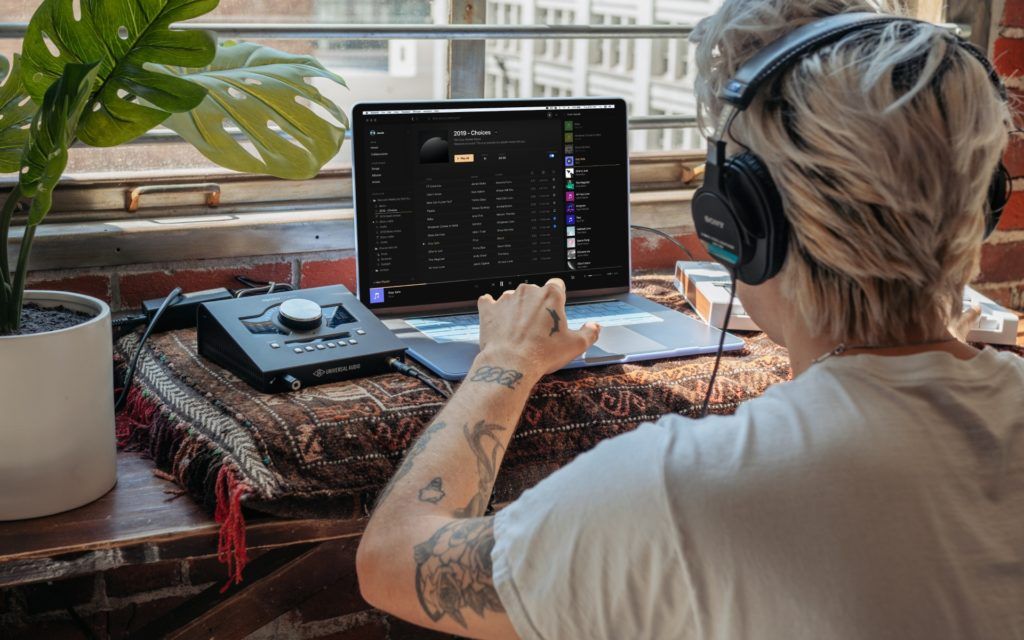 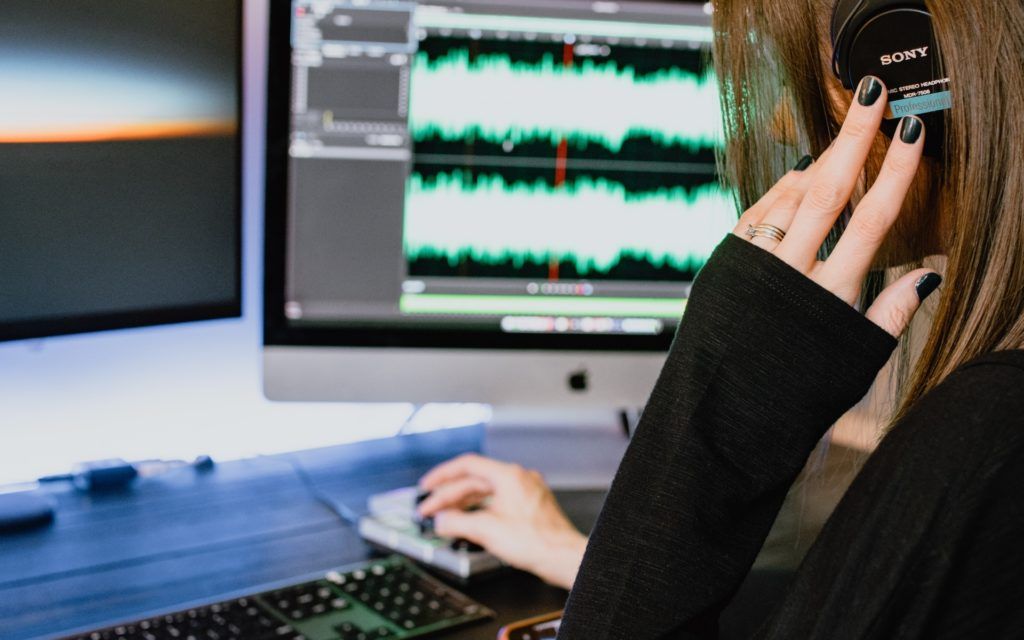