Auto wah pedals are highly useful tools for guitarists to have at their disposal. They can instantly add expression to plain-sounding chord patterns or melodies.

Also known as envelope filter pedals, these devices often include a range of adjustable controls and parameters which you can use to transform the sound of your guitar.

In this guide, you’ll be presented with the very best auto-wah pedals available so that you can select the option that is most suitable for your tonal ambitions.

What are the Best Auto Wah Pedals for Guitar? Pedal designer Robert Keeley has built a reputation as an innovative force in the industry. The Neutrino V2 is further evidence of this, with its array of intuitive controls and features.

One of the aspects I found most impressive about this pedal is its versatility. When each of the onboard parameters is set to a medium level, you get the classic auto-wah tone that was popularized in the 1970s.

Alternatively, by tweaking the gain, peak, and filter controls, you can create mind-bending psych-rock tones that color a clean guitar sound beautifully.

The central feature of this Keeley pedal is its three-way filter selector. This allows you to choose between lowpass, bandpass, and highpass filtering, instantly altering the prominent frequencies which are subjected to the effect.

I’ve always enjoyed the functionality of Keeley pedals, and the Neutrino V2 lives up to the high standard they’ve set with their previous creations. It’s very easy to use and requires very little effort to create complex auto-wah sounds. 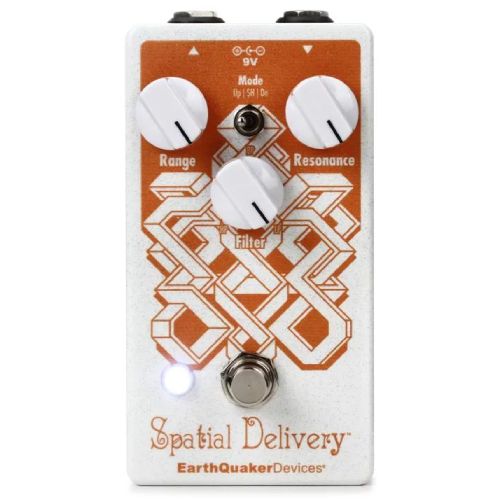 The Spatial Delivery V2 by EarthQuaker Devices is a highly customizable envelope filter pedal that I believe is well suited to most styles of guitar playing.

With a minimalistic three-control design, adjusting the key elements of the filter effect is very straightforward. The filter parameter is used to control the frequencies that are subjected to the effect, ranging from highpass to lowpass.

Then there’s the useful resonance control, which interacts with the filter to provide a wide variety of wah sounds and sweeps.

If you’re looking for a funky auto-wah effect that injects a sense of motion into rhythm guitar playing, I’d strongly suggest considering this pedal.

Moreover, the Spatial Deliver V2 can be slotted into many different positions in your signal chain to create varying results. For example, when placed before a compressor, the dynamic range of the effect is tightened, creating a polished sound. 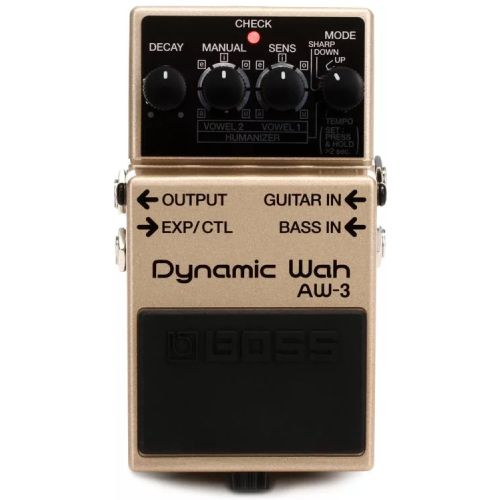 Renowned for their roadworthy construction and affordable price tags, Boss’ stompboxes have a large and loyal fanbase.

The AW-3 Dynamic Wah Pedal provides responsive filtering to suit a range of guitar styles. I was surprised to discover that it also doubles up as a bass auto-wah, which is useful if you’re a multi-instrumentalist.

Along with its ability to produce immersive, rhythmic auto-wah effects, this pedal features extensive connectivity.

On the left side of the pedal, there is an output that can be used to split the signal of your guitar or incorporate the AW-3 into an FX loop.

The EXP/CTL input allows you to use an expression pedal with the device, or control its rhythm using a tap tempo footswitch.

Another unique aspect that I believe guitarists will enjoy when using this pedal is the “humanizer” preset. When selected, this mode gives the guitar a human-like quality, resembling the distinctive sound of a talkbox. 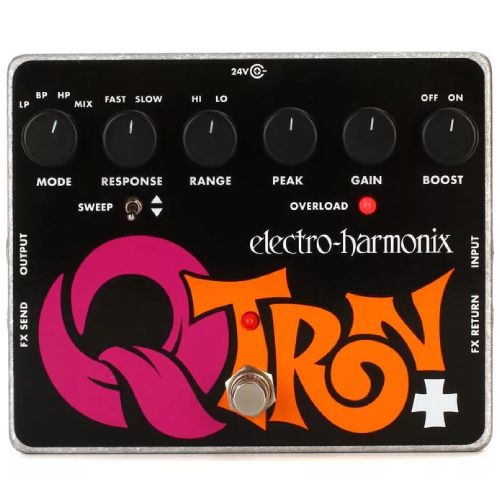 Although the Q-Tron+ by Electro-Harmonix is quite bulky compared to most of the auto-wah and envelope filter pedals featured in this guide, the increased size is justified by its extensive selection of adjustable controls.

With a sonic flair to match its eccentric aesthetics, this pedal covers every detail of the auto-wah effect. In addition to the usual filter controls for tweaking the frequency output and rhythm, I found the inclusion of an “Attack Response” switch to be very useful.

This feature allows guitarists to switch between the standard preset of the original Q-Tron pedal, which responds quickly when a note is played, and a new setting with a slower attack.

It’s also worth highlighting the dedicated FX loop input and outputs, which make it easy to isolate the effect to get the cleanest possible results from this sophisticated auto wah pedal. 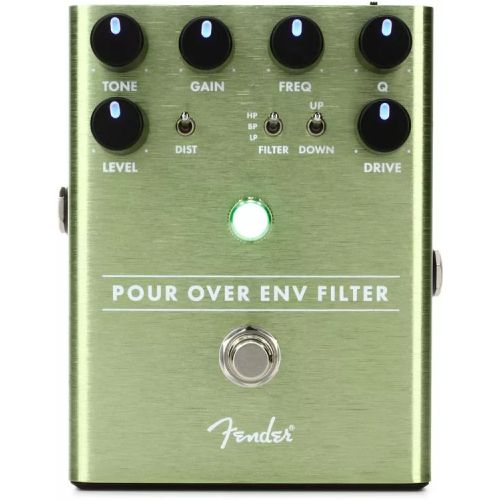 Fender’s expertise in sculpting guitar tones is unrivaled. Although they’re most famous for their huge selection of instruments and amplifiers, the legendary American brand also produces some impressive effects pedals.

The Pour Over includes an inbuilt drive circuit, making it stand out amongst conventional auto-wah and envelope filter pedals.

I enjoyed the impact that the drive control has on the harmonics of the auto-wah filter effect. The more this parameter is cranked up, the more extreme the tone becomes, which is a great tool for elevating guitar parts above the mix.

The tone and Q controls perform EQ-like functions, making it easy to adjust the frequencies that are most affected by the filter.

Another thing that stood out to me when dissecting this pedal was its ability to respond to even the subtlest of changes to playing dynamics, which increases the amount of control you have over the auto-wah effect.

This effect can be used for a range of purposes, such as making a chord sequence sound more interesting or drawing attention to a solo.

The wah pedal was popularized by guitarists like Jimi Hendrix and Eric Clapton in the 1960s, but manufacturers eventually figured out a way to create this effect without having to manually control the filter by foot.

In a conventional wah pedal, the EQ filter is altered using the foot pedal. When the guitarist moves the position of the foot pedal, this results in the frequency spectrum being swept.

This allows the guitarist to control the rhythmic aspects of the wah pedal, as they can move their foot to match the rhythm of the notes they are playing or gradually adjust it for a more subtle effect.

Auto wah pedals like Boss AW-3 Dynamic Wah Pedal and Electro-Harmonix Q-Tron+ Envelope Filter Pedal simply detect the volume of the notes played on the guitar, and use this to affect the filter’s cutoff frequency. This means a similar effect can be achieved without the use of a foot pedal.

Lowpass vs. Bandpass vs. Highpass Filters

These modes can often be toggled using a switch or rotary knob, and they form the foundations of the sound that the pedal produces. It’s therefore important to understand the differences between these three filter varieties.

Lowpass filters allow the bass frequencies of the guitar to be affected by the auto-wah, while the higher frequencies are blocked from the effect.

On the contrary, a highpass filter will ensure that the treble frequencies are subjected to the effect rather than the bass.

Bandpass filter presets allow you to select the frequency range that is affected by the auto-wah effect, and which frequencies are not.

Envelope filter pedals commonly contain “gain” controls, which can be used to increase or decrease the level of the signal. They also commonly feature EQ-based controls such as “Q” and “frequency”, which alter the prominence of certain tones.

In some cases, these pedals also have onboard “drive” controls, which add saturation to the auto-wah effect and change the sound of the harmonics that are produced. 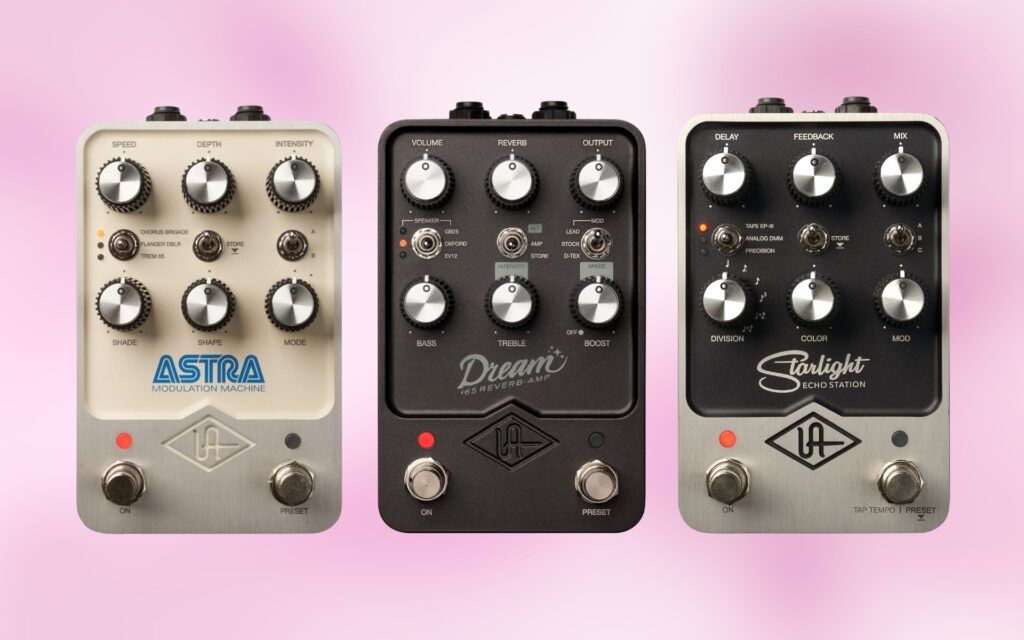 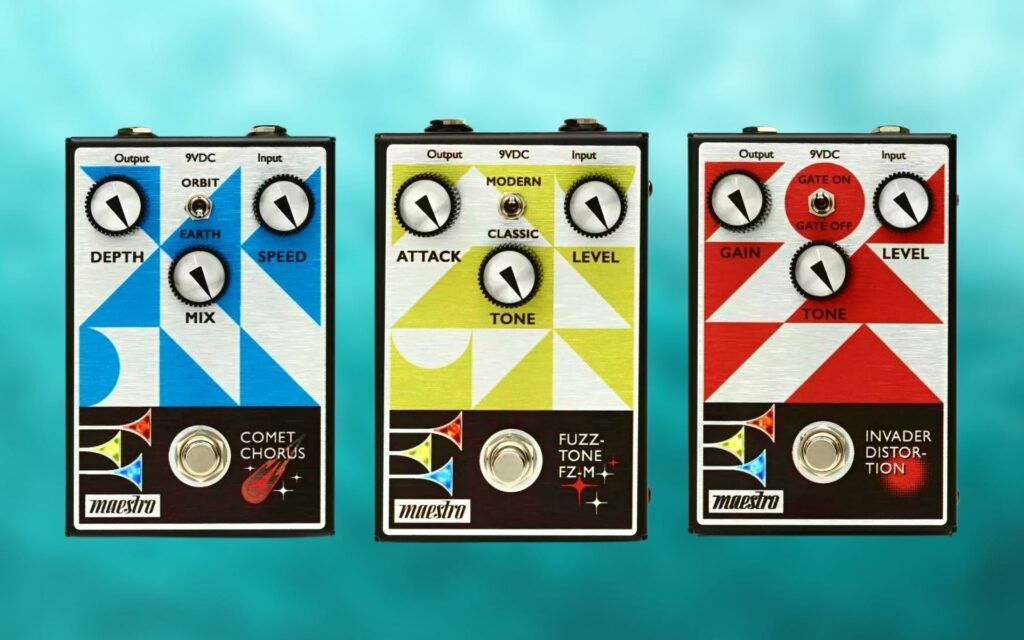 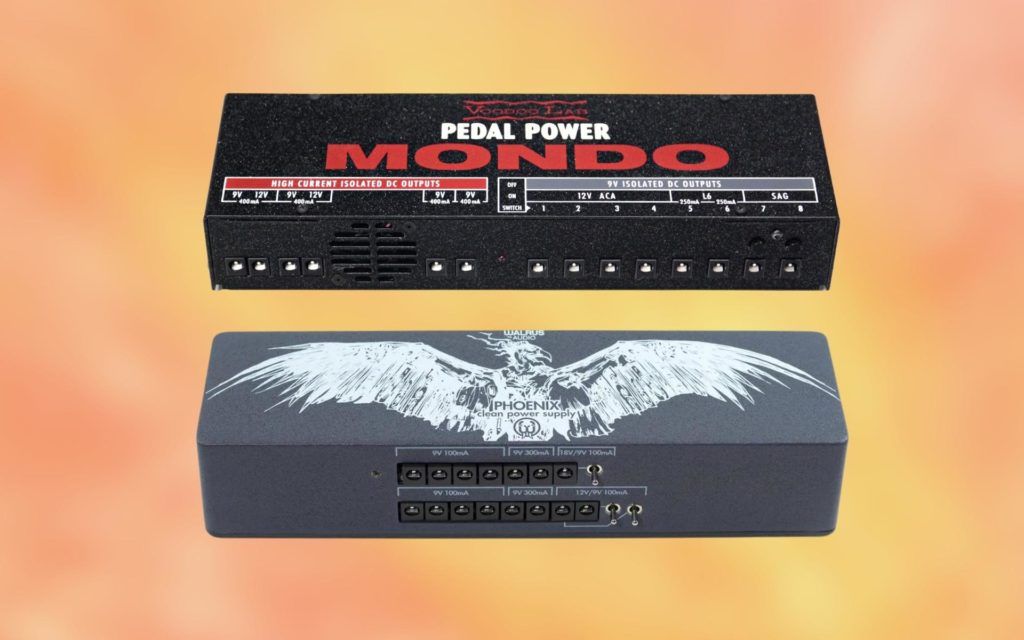 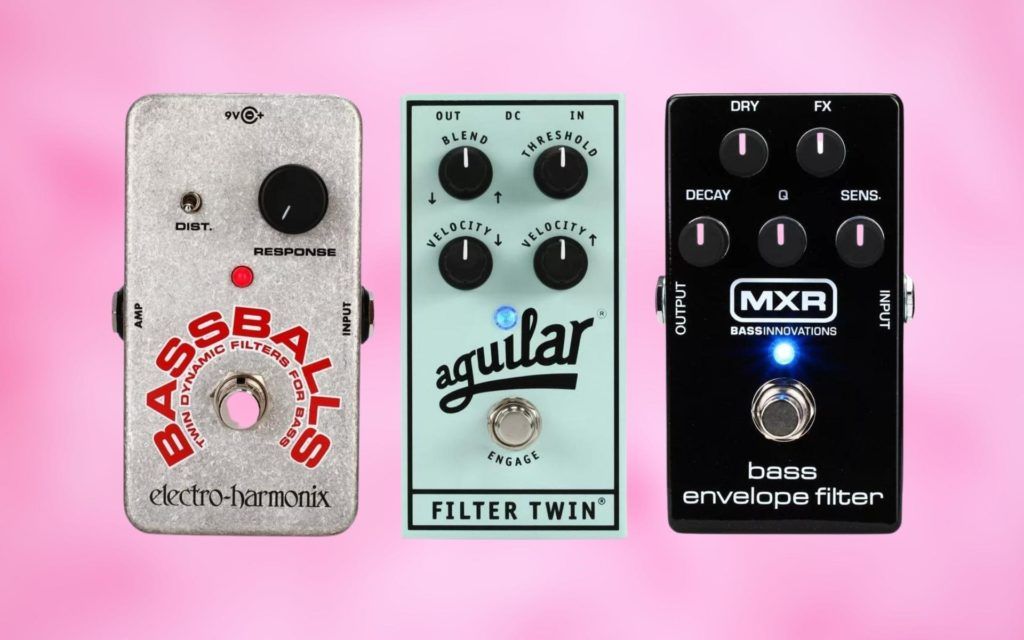 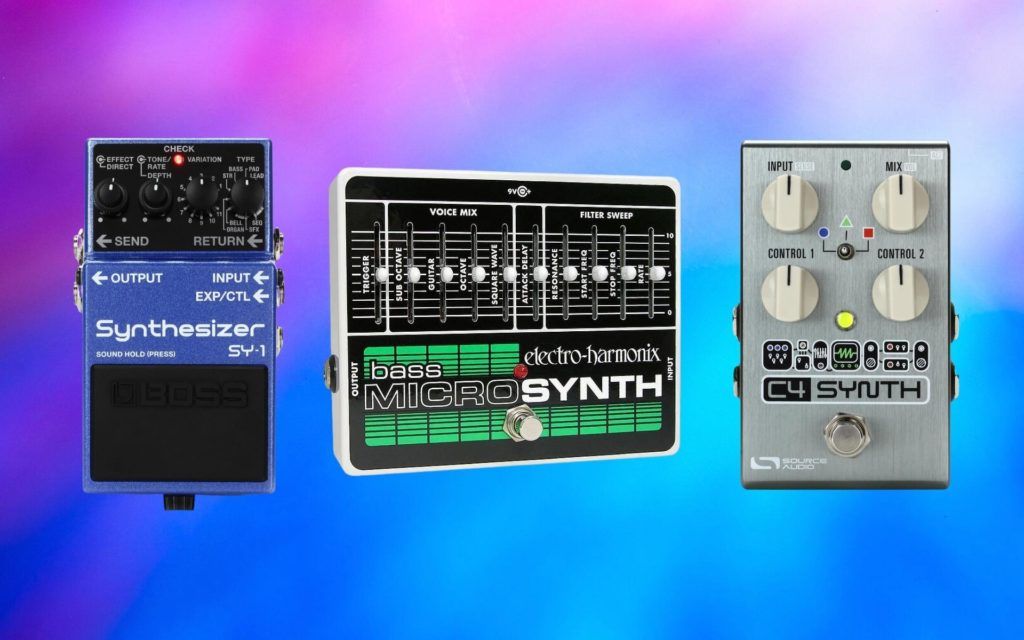 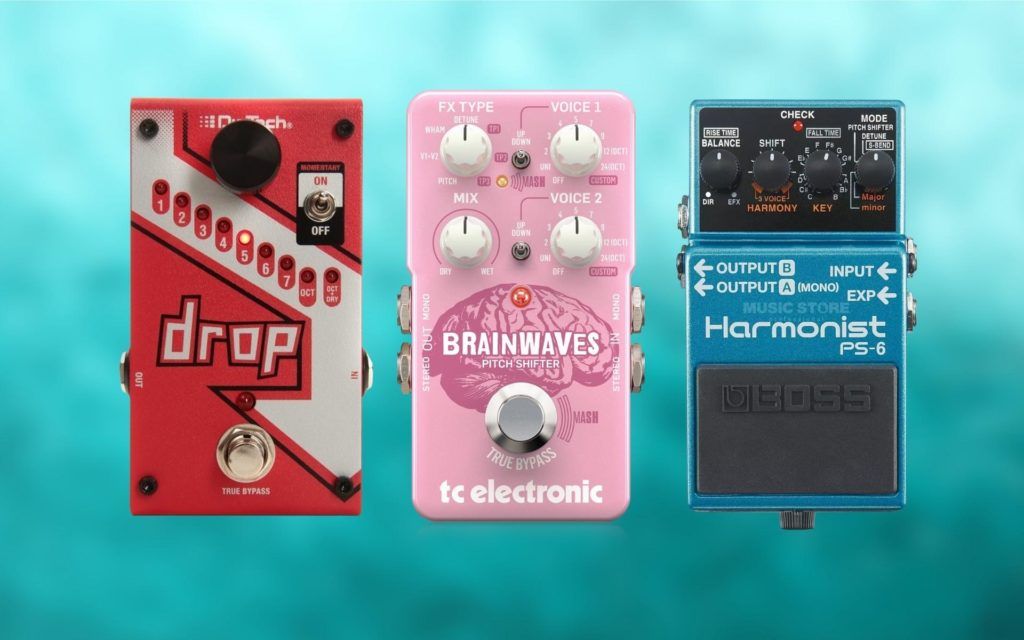