You’ve probably heard someone use one of these two phrases at a party or event when they want to get the party started. But when you’re writing it out, you might become confused as to which one is the right term. Is it “cue” or “queue” the music?

Both of these phrases are technically grammatically correct, but “cue” is the most commonly used phrase in American English. “Cue” means to signal that something is about to begin, while “queue” means to line up in order. You can use either of them, but it all depends on the context.

Cue vs. Queue: Why Do People Get Them Mixed Up?

People get “cue” and “queue” mixed up because they sound the same when said aloud, despite their different spelling. Even if you hear someone say both of these phrases in different situations, there’s a possibility you’ll never know the difference unless you see them written out.

Furthermore, many apps offer a music “queue,” including Spotify. You may see the word “queue” on your app and think that this is the correct spelling. We’ll look more closely at what a music queue is later on in this article.

Why Knowing the Difference Between the Two Words Matter

You may wonder: if these two words sound exactly the same, why do I need to know the difference? Well, you may someday want to write it down. These words may sound virtually the same, but their meaning and spelling are completely different.

If you ever plan on writing about music, you’ll want to learn the correct uses for “cue” and “queue.” Your editor will get frustrated if you can’t distinguish between them. Or your friends may mock you if you get it wrong in a group text message.

Spelling and grammar checks don’t always catch this mistake since both “cue” and “queue” are real words. The only way you’ll know that you’re using the correct one is to be very clear on both of their meanings.

Let’s explore the meaning of each of these phrases and when you should use them. 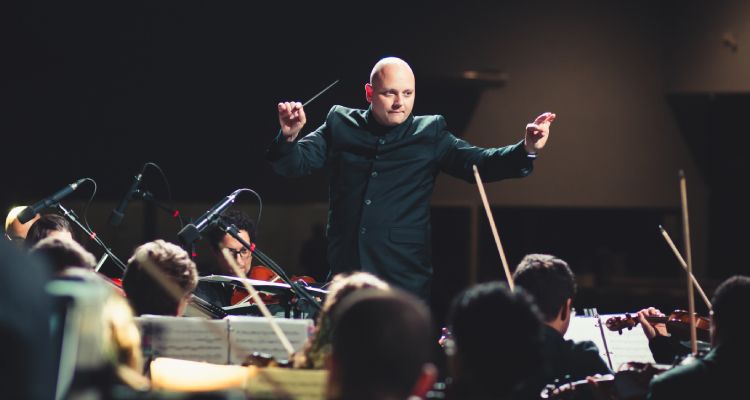 More often than not, this is what you mean when you say that you’re going to cue the music. But what’s the meaning exactly?

What Does It Mean?

You might be more familiar with the word “cue” from playing pool or billiards; a pool cue is the big, long stick that you use to hit the pool balls. However, it can also be used as a verb.

“Cue” means to signal to someone to begin playing music. When there’s no music playing, and you want to hear music, it’s time to cue the music. Nine times out of ten, “cue” is the correct word to use.

When Is It Used?

You can also use it to tell a group of musicians to get started. “Cue the music!” is a command for the band to start playing their first song. 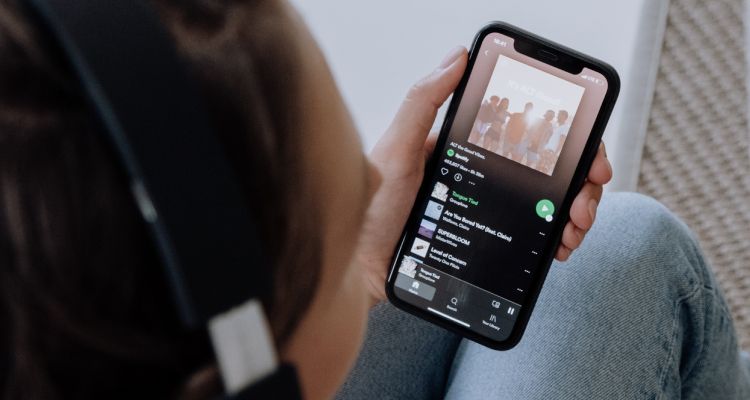 Don’t feel bad if you’ve never seen the word “queue” spelled out before, particularly if you live in the US. But you’ve almost certainly heard it used.

What Does It Mean?

“Queue” means to form a line or list of something. It’s not often used in American English, but in Great Britain and other English-speaking European countries, “queue” describes a line of people waiting or a line of vehicles in traffic. Netflix also refers to playlists as your “Netflix queue.”

When used to refer to music, it means that you’re organizing it in some way. If you’re putting together a playlist or alphabetizing your CDs, you’re queuing your music.

When Is It Used?

You might have seen the word “queue” on your Spotify app. Spotify allows you to choose what order you’ll listen to songs without putting them in a playlist. By putting your music in a queue, you’re ordering it so that you can listen to it in a particular order.

This can also be a way to instruct someone else to put a song on later. If you want to hear your favorite pop song but don’t want to interrupt the flow of the party, you can ask someone to queue the music or queue up your song.

Why Is “Cue” More Common Than “Queue”?

The simple reason that “cue the music” is most commonly the correct usage is because “queue the music” rarely makes grammatical sense. If you want a specific song played at a party, you likely won’t tell your friend to “queue” that song. Instead, you’ll tell them to queue up that song.

British music listeners may ask their friends to “add that song to the queue.” American listeners, however, will likely not use the word “queue” as a noun.

Still, there’s a good chance that you’ll end up using both—especially if you’re acting as DJ for the night.

When said out loud, the words “cue” and “queue” sound exactly the same. But when it comes to “cue” vs. “queue” the music, these two words mean slightly different things and shouldn’t be mixed up.

Now that you know the difference between these two words, go ahead and cue the music! 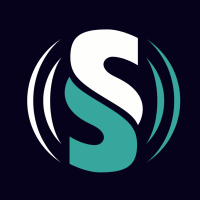