The technique of singing with a raspy voice comes naturally to some. It’s very difficult to learn this ability, and it’s also very easy to damage your vocal cords if you strain them too much, attempting to create a raspy tone.

Some singers developed their signature rasp from living the rock n’ roll lifestyle, while others were simply blessed with strong pipes from the start. When the technique is performed well, it can completely transform a song for the better.

Some of the greatest singers of all time had raspy voices, as you’ll see from the selection featured in this list.

Nirvana frontman and guitarist Kurt Cobain arguably had the most recognizable raspy voice ever to be recorded. An untrained singer, Cobain had an incredibly powerful voice that helped to propel Nirvana to worldwide fame in the late ‘80s and early ‘90s.

In just a few years, Nirvana went from playing small clubs in their hometown of Seattle, Washington, to having one of the best-selling albums in the world and being heralded as the poster boys for a new genre, grunge.

In the album Nevermind, which was produced by Butch Vig and released in 1991, Cobain showcases his incredible vocal talents throughout.

Songs like “Lithium,” “Smells Like Teen Spirit,” and “Come As You Are” are fine examples of the raspy tone that Cobain’s voice possessed. Interestingly, he was known to be very insecure about his voice, even though many regard him as one of the greatest rock singers.

Nirvana came to a tragic end after Cobain’s untimely death in 1994, but the band’s music lives on. Drummer Dave Grohl is now the frontman of Foo Fighters, and he also has a very powerful, raspy voice.

Despite only living to the young age of 27, American singer Janis Joplin left behind a legacy defined by her exceptional singing ability. The “Take Another Little Piece of My Heart” singer had one of the most soulful voices you’ll ever hear.

Throughout the late 1960s, Joplin released two albums as the lead vocalist of the band Big Brother and the Holding Company. She also released two solo albums, and many posthumous live albums have been released.

Joplin had the ability to switch from smooth, sweet-sounding vocals to gritty, soulful cries, which were perfect for rock and blues. She didn’t write her own songs but performed many covers and had songs written for her.

Interestingly, Janice Joplin died at the same age as Kurt Cobain, Jimi Hendrix, and many other rock musicians.

British vocalist Rod Stewart first found fame as the lead singer of Rod Stewart and the Faces, and after leaving that group, he enjoyed a hugely successful solo career.

With over 250 million record sales worldwide, Stewart is one of the best-selling artists ever. He’s renowned for his raspy vocal style and was discovered while busking in 1962 with a harmonica.

Stewart’s vocal style was heavily based on one of his strongest influences, Sam Cooke, who features later in our list. He has had four number one singles on the Billboard Hot 100 and six on the UK Singles Charts.

Some songs demonstrating Rod Stewart’s gravely vocal tone are “Sailing” and “Maggie May.”

Louis Armstrong is best known as a virtuosic trumpeter, but he also had one of the most raspy vocal styles of all time. Armstrong made his name in his native New Orleans in the 1920s and enjoyed a glittering career until he passed away in 1971.

Armstrong’s legacy lives on in the jazz music world. He is credited with encouraging jazz players to play solos rather than improvising predominantly as part of a group. He also developed the skill of scat singing, a difficult vocal style to learn.

Liam Gallagher was the frontman of Britpop legends, Oasis, alongside his brother and lead songwriter of the band, Noel. The band reached worldwide fame with the release of their second album, What’s The Story Morning Glory.

Known for his off-stage antics and on-stage attitude, Gallagher displayed the influence of his idol, John Lennon, with his raspy, sometimes shouting vocal style.

After Oasis disbanded, the Gallagher brother went their separate ways. Noel embarked on a solo career, and Liam had a brief stint as the frontman of Beady Eye. He now also has a successful solo career.

Liam Gallagher also started the successful clothing company Pretty Green, which sells apparel inspired by the “mod” scene in the 1970s and 80s.

Sam Cooke is one of the pioneers of soul music. The American singer had a versatile raspy voice that can be heard on songs like “A Change Is Gonna Come,” “Twistin’ The Night Away,” and “Bring It On Home To Me.”

Cooke made his name as the lead singer of the Soul Stirrers and eventually embarked on a hugely successful solo career in 1957. He was also good friends with the legendary boxer Muhammad Ali.

In addition to being an accomplished vocalist, Cooke was also a prolific and very talented songwriter. He wrote the vast majority of the hits he recorded as a solo artist and released his most successful studio album, Aint That Good News, in 1964.

John Lennon needs no introduction. The iconic Beatle is widely regarded as one of the finest songwriters in history, and he enjoyed a glittering solo career after the fab four called it a day.

Lennon’s voice was incredibly versatile, and he wasn’t afraid to try different vocal styles if it would enhance the song. In tracks like “Yer Blues” and “Mother,” he showed off his powerful, raspy voice that was filled with emotion.

If you look through the list of songs that John Lennon penned in his life, whether on his own or with his bandmate Paul McCartney, it’s an incredible selection.

His death in 1980 shook the world, and one can only imagine what he would have produced if he had lived to enjoy old age.

Born in Gateshead, England, Brain Johnson is best known as the lead singer of the Australian rock outfit AC/DC. He replaced Bon Scott, becoming the third singer in the band’s history.

Johnsons’s high-pitched vocals impressed the rest of the band, which led to him being chosen as the lead vocalist after the death of Scott. Since then, the band has released countless albums, including the classic 1980 release, Back in Black.

With the distorted guitars and crashing drums of AC/DC, Brain Johnson has to ensure that his voice has the grit and tone to compete. He does that by combining falsetto singing with a raspy sound that can be heard over the loud instrumental of his band.

Jim Morrison was never a singer in his early life until he met keyboardist Ray Manzarek in L.A and showed him some poetry he had written. Manzarek was impressed with the words and asked Morrison whether he would be interested in turning them into songs.

Thus, The Doors were born. The psych-rockers enjoyed huge success, and Morrison transformed himself from a fresh-faced crooner to a bearded poet with an abundance of rasp in his voice.

Classic tracks like “Light My Fire,” “Love Me Two Times,” and “L.A Woman” showcase the gritty tone that Morrison developed after living the rock n’ roll lifestyle for many years.

The Doors continued to release albums until Morrison, unfortunately, died in Paris, aged only 27.

Axl Rose is best known for being the lead singer of the hard rock band Guns N’ Roses. The band enjoyed success throughout the 1890s and included legendary guitarist Slash.

Rose made his name as an energetic frontman with an extensive vocal range. The hit “Sweet Child O’ Mine” is a perfect example of his gritty, raspy tone and impressive ability to hit the high notes.

Other notable vocal performances by Axl Rose include “Welcome To The Jungle” and “Paradise City.” Along with his raspy tone, the singer is known for his wide vocal range.

Most recently, Rose has toured with Australian rockers AC/DC and, in 2016, reunited with the original members of Guns N’ Roses for a highly anticipated reunion tour.

The late Lemmy Kilmister is best known for being the frontman and bassist of the legendary metal band, Motorhead. Kilmister has a rough-sounding vocal style that perfectly matches the aggression and energy of the band.

Born in the English town of Stoke-on-Trent, Kilmister became one of the leading musicians in the UK metal scene in the 1970s.

Lemmy was renowned for his rock n’ roll, hedonistic lifestyle off the stage. He was a  prolific artist and songwriter with Motorhead and many other projects.

The song “Ace of Spades”  provides the perfect snapshot of Lemmy’s unique singing style and the powerful sound of Motorhead as a band.

Alice in Chains frontman Layne Stanley emerged as part of the Seattle grunge scene in the early 1990s. Like Nirvana, Alice in Chains achieved worldwide fame, thanks in large to the gritty vocal talents of Stanley.

The song that many people believe is Stanley’s best vocal performance is the 1990 single “Man in the Box.” In that song, Stanley sings with such raw emotion and control, and it is a truly stunning recording.

Alice in Chain continued to grow in popularity, but Stanley’s health worsened due to addiction problems. This would ultimately lead to his death at the age of 34 in 2002.

Tom Waits has enjoyed a career spanning over half a decade in the music industry. His unique style of singing and storytelling, coupled with a huge back catalog of work, has made him somewhat of a music legend.

Waits’ voice is deep in pitch and very raspy. He began his career in the jazz scene in the 70s but eventually moved into blues and rock, experimenting with many other styles during his decorated career.

Lyrically, Waits was inspired by the Beat poets of the 1950s. These influences can be heard on his early albums, like The Heart of Saturday Night.

Although Waits hasn’t achieved widespread commercial success, he has built up a loyal fanbase over his long and successful career.

Bob Dylan’s voice has changed a lot over the years. In the early ‘60s, when the young Dylan released a series of folk albums with no instruments but an acoustic guitar and harmonica, he had an archaic purity to his voice.

As the years passed, Dylan’s voice morphed into the gravelly, low-pitched snarl that he uses today.

His vocal style and singing tone are polarizing, but one thing that cannot be denied is his skill as a lyricist and songwriter. Dylan has penned some of the best-selling and most iconic songs of all time.

Numbers like “Blowin’ in the Wind,” “Like a Rolling Stone,” and “The Times They Are A’ Changing” contributed to Dylan winning the Nobel Prize in Literature in 2016.

In my opinion, Chris Cornel is one of the most underrated rock vocalists of all time. Lead singer of Soundgarden and Audioslave, Cornell, had a powerful, emotive voice that could transform the feel of a song.

With Soundgarden, Cornell enjoyed success as part of the grunge movement in the early and mid-1990s. He eventually formed Audioslave, including Rage Against The Machine guitarist Tom Morello. 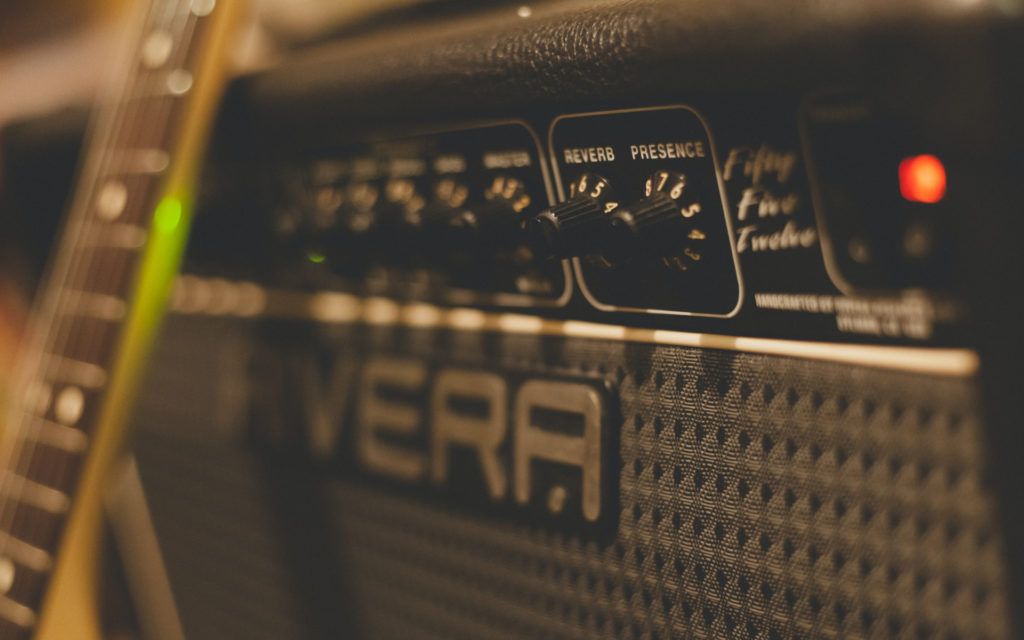