In recent years, rap has become one of the most popular genres of music in the world. The accessibility of recording equipment, coupled with the internet, has made it possible for aspiring rappers to release original music and build a fanbase organically.

If you’re considering embarking on a career as a rap artist, you may be wondering how much money rappers generally make.

In this guide, we’ll break down the various factors that make up an average rapper salary, so that you can gain a better understanding of the financial aspects of being a successful rap artist.

What Is a Rapper’s Salary In a Year?

It’s impossible to provide an accurate figure of how much rappers make, but we can estimate based on their current level of popularity.

For a rapper who builds a huge fanbase worldwide and plays at large arenas and music festivals, and has millions of online followers, the sky is the limit in terms of how much they can earn!

To get an accurate idea of how much a rapper makes, it’s important to consider every income stream that they earn money from.

The days of artists getting huge advances from record labels and earning the bulk of their money from record sales are gone. In the modern music business, rappers have multiple sources of income, which fall into the following categories:

Within these three categories, there are several ways that rappers earn money. In the following sections, we’ll discuss how much they are likely to make from each income source. 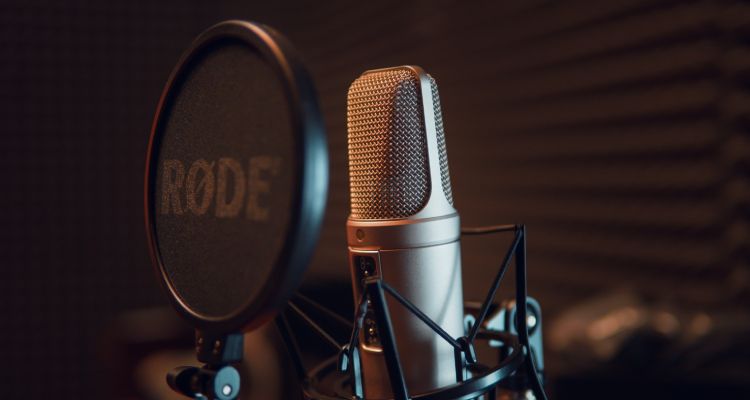 Monetizing original rap recordings is a consistent source of income for most rappers. The internet has revolutionized the way that artists are able to do this, making it possible for a rapper to earn a living without a record deal.

Spotify, the world’s most popular streaming platform, pays artists an average of $0.004 for each stream. However, it’s important to note that the rates vary depending on the specifics of the agreements with the artist’s distributor or label.

Using this estimate, we can calculate that a rapper with a fanbase of 10,000 listeners per month would earn somewhere in the region of $40 from Spotify royalties.

A rapper who has around 100,000 monthly listeners is likely to make around $400, while more established artists who reach the milestone of having 1,000,000 listeners can expect to earn around $4000 each month.

It’s important to also note that many other streaming platforms bring in revenue for a rapper, including Apple Music, Tidal, Amazon Music, and YouTube.

Apple Music and Amazon Music pay roughly $50 for every 10,000 streams, while YouTube will bring in around $17.50. Therefore, streaming platforms can be lucrative for rappers, potentially bringing in tens of thousands of dollars each month.

If a rapper signs with a music publisher, their songs can potentially be used in commercials, TV shows, and other forms of media.

Since record sales have declined, publishing has become one of the most reliable income sources for artists.

While the revenue a rapper makes from publishing varies widely depending on each individual case, it has the potential to earn them anywhere from thousands of dollars to hundreds of thousands in the long term.

Selling records and CDs is certainly less popular now than it was when rap music first burst onto the scene, but rappers can still make money in this way,

A vinyl record costs around $50, so selling a large number of these can bring in a decent amount of profit. 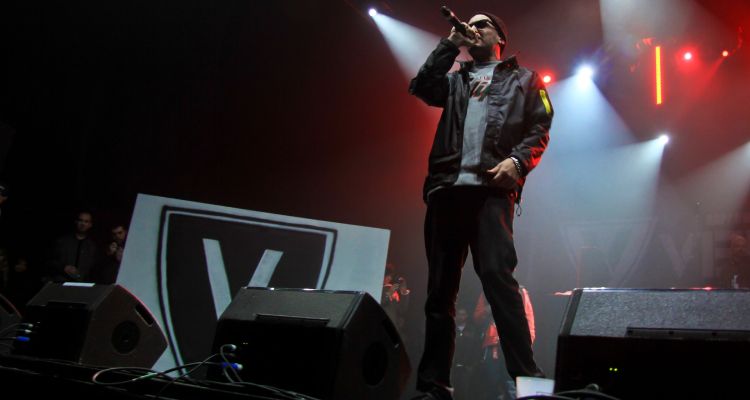 In addition to making money from recordings, rappers can also earn a large chunk of their income from live performances.

How Much Do Rappers Make Per Show?

The amount of money a rapper earns from live shows depends on the size of the venue and how many tickets have been sold. A rapper that’s just starting out may earn around $100 for a set, while more established rappers can demand between $1000-$5000.

Renowned rappers who have amassed a considerable fanbase get paid hundreds of thousands of dollars to play festivals, make appearances in clubs, or sell out their own headline shows.

When playing live shows, another way that rappers make money is by selling merchandise. This can bring in hundreds of dollars of additional revenue at each show, through the sale of records, clothing, and other items.

By building a following on social media platforms, rappers can make money by endorsing products or services to their followers.

Many rappers blur the lines between artists and influencers, as this is a reliable way to subsidize their income from royalties and live performances.

Rappers can make hundreds or thousands of dollars each month simply by promoting products. The amount that they can make from this income stream depends on the number of followers they can advertise to.

There are so many companies that require promotion, that rappers can choose to work with brands who align with their image and vision so that their integrity isn’t necessarily compromised to make money from promotions.

Endorsements are a great way for rappers to reinvest into themselves, and they are accessible at any level of popularity. The more fans the artist gains, the more selective they can be when choosing which companies or brands to work with, and the more money they can demand. 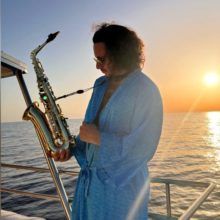 Steve Groovewrk is a DJ and Saxophonist from England. He performs regularly all over the UK and beyond. Having played sets at Silverstone for F1 in 2021, Boardmaster’s Festival 3 years running, and the iconic London venue Village Underground, he is actively on the rise in the highly competitive live music circuit.