Studio monitors are designed specifically for mixing, processing, and mastering audio. They’re used by producers and musicians to check the sound of their creations accurately so that they can make any changes that are required.

On the other hand, computer speakers are designed solely for the playback of music and other audio. Therefore, they tend to color the sound a little, add some compression, and alter the frequency output to make the output ear-friendly.

In this guide, we’ll discuss whether studio monitors can be used as computer speakers,  or if this will have negative results.

Can You Use Studio Monitors as Computer Speakers?

To determine whether studio monitors can be used as computer speakers, we must analyze the key differences and similarities between the two. Neither variety of speakers is necessarily superior to the other, but they are ultimately designed for different purposes.

Studio monitors are designed to provide you with a clear, uncolored representation of your music. This is essential when mixing, recording, and processing audio, for several reasons.

If you attempted to use computer speakers or any other type of speaker for processing audio, you would likely end up with an inaccurate mix. This is because these types of speakers add color to the audio, and alter the dynamics with compression and EQ.

A good set of studio monitors should present you with the purest form of your recordings or songs possible. That way, you can adjust the various aspects with precision, rather than trying to compensate for the artificial sound of the speakers.

This doesn’t necessarily mean that computer speakers sound worse than studio monitors, though. They’re simply designed to make the audio sound as friendly to your ears as possible, which is why they may alter the dynamics and tone slightly.

In most recording studios, the monitors are mounted on stands, which frees up space on the desk and reduces the boomy frequencies that can occur. This may not be practical if you have limited space for your computer speakers. 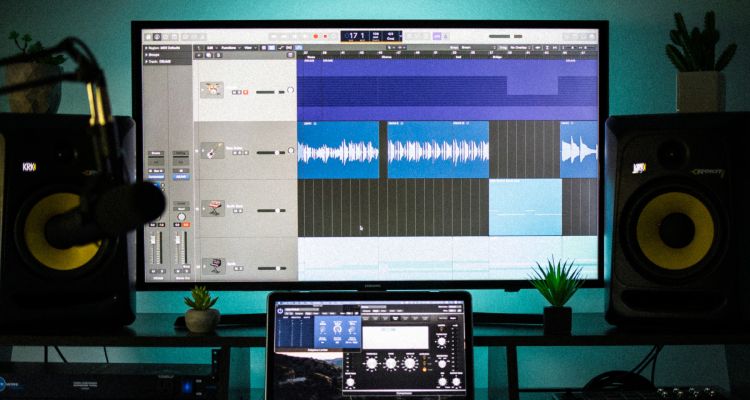 Studio monitors are made for several specific purposes. They’re commonly used by musicians, producers, or music engineers when creating a track. Likewise, people who make music for films or TV shows also use studio monitors.

Speakers are simply designed to play audio back so that it sounds good to our ears. The manufacturer alters certain aspects of the speakers so that they produce consistent dynamics and tonal qualities.

One of the most common ways that studio monitors are used is for mixing. This is the process of editing audio to create a song or piece of music, usually within a digital audio workstation (DAW).

To mix audio accurately, it’s very important that the sounds are unfiltered, unedited, and projected as close to the original as possible. High-end studio monitors are able to play audio back with hardly any adjustments to the sound or dynamics.

Using computer speakers for mixing would likely make the process considerably more difficult than it would be if studio monitors were used, as these speakers are designed to make the audio sound a certain way, rather than as accurately as possible.

Equalization, or EQ, is a key part of mixing audio. It involves adjusting the levels of specific frequency bands to alter the overall tone of the sounds.

Studio monitors make equalization easier, as they project the audio with minimal tonal alterations. This allows the producer or musician to hear the impact of the EQ clearly, and avoid removing or adding too much of a certain frequency band.

Computer speakers, on the other hand, are designed to equalize the audio automatically. They may reduce the prominence of bass frequencies so that the mid and treble frequencies are easier to hear.

Consequently, if you do choose to use studio monitors in place of computer speakers, there’s a good chance the audio will sound noticeably different due to the different inbuilt EQ settings of both varieties of speakers.

Computer speakers are designed to project sound through a room. They interact with the acoustics of the room to enrich the sound that is produced, resulting in a better listening experience.

Based on appearance, it would appear that studio monitors would be better at projection audio than computer speakers. They generally have larger speaker cones, and woofers, and look more powerful.

If you simply want to play music from your computer through your studio monitors, while sitting at your desk, then their short projection design should have too much of a negative impact.

On the other hand, if you want to project the sound from your computer further than a few feet in distance, you will likely notice that studio monitors aren’t brilliant at doing this.

How To Use Studio Monitors as Computer Speakers

If you’ve read through the information in this guide and have decided that you still want to use your studio monitors as computer speakers, you’ll need to take certain measures to do this.

Unlike computer speakers which can be connected via a simple 3.5mm audio cable or some other type of cable, studio monitors must be used with other equipment.

Most studio monitors are designed to be used with an audio interface. Audio interfaces are essential for digital music production and recording. They include several inputs for mics and instruments, outputs for monitors, and controls for adjusting levels.

Monitor outputs are usually located on the back of an audio interface. The level is then adjusted using the output volume control which is likely to be positioned on the d=front panel of the device.

Once the monitors are connected to the audio interface, you’ll then need to select it as the primary audio device on your computer or laptop.

This will cause the default onboard speakers to be overridden in favor of the audio interface, which will then output any sound played through the computer to the studio monitors.

Computer speakers don’t require an audio interface to playback audio, which makes them more affordable and practical. You can simply plug them into the audio output of the computer or laptop, and the computer sound should automatically play through them.

Can You Use Studio Monitors for Playing Computer Games? 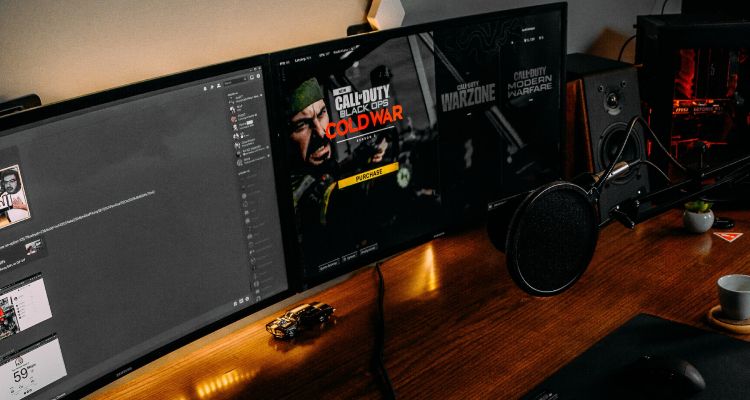 Computer speakers are tasked with playing many different types of audio, including music, spoken word, film audio, and of course gaming audio.

The sound of a computer game is an integral part of the gaming experience, which is why serious gamers often invest a lot of money into their sound setup. We know that studio monitors are good at playing music, but what about gaming?

Due to the accuracy of studio monitors, they are highly suitable for gaming especially if the game you’re playing has a dramatic, immersive soundtrack.

Studio monitors can often reach very high volumes, due to their large tweeters and woofers. If you decide to use them as computer speakers, it’s important to make sure you set the levels safely, as exposure to loud sounds could damage your hearing over time.

Providing you are sitting at least a few feet away from the monitors and you can hear other sounds clearly while the audio is playing, this shouldn’t put your ears at any risk.

Using studio monitors as computer speakers is an option that could work for you in the short term. However, you could improve your listening experience if you invest in some speakers specifically designed for computer audio in the future. 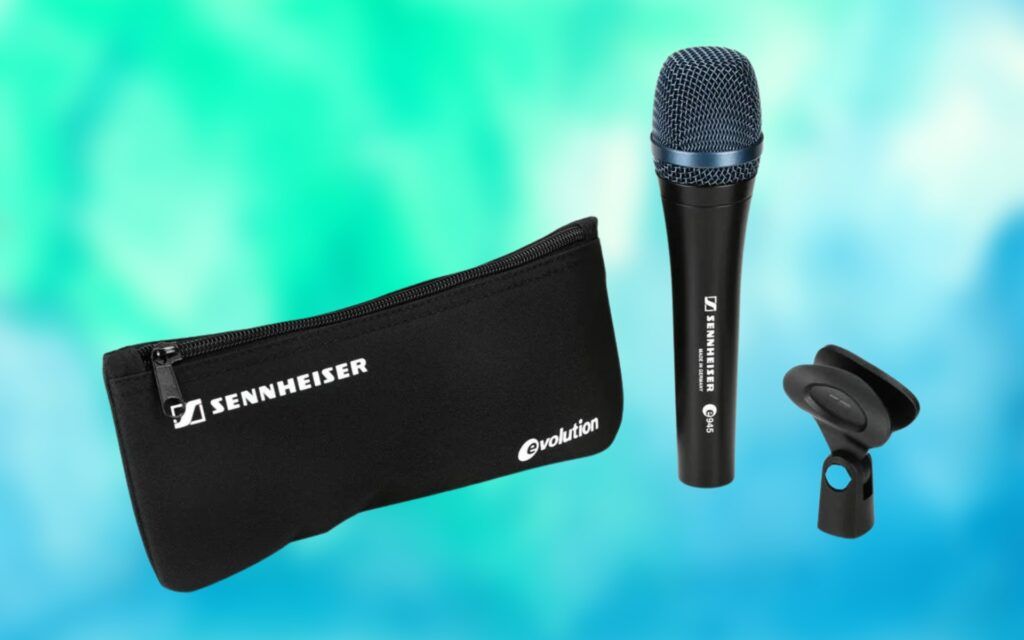 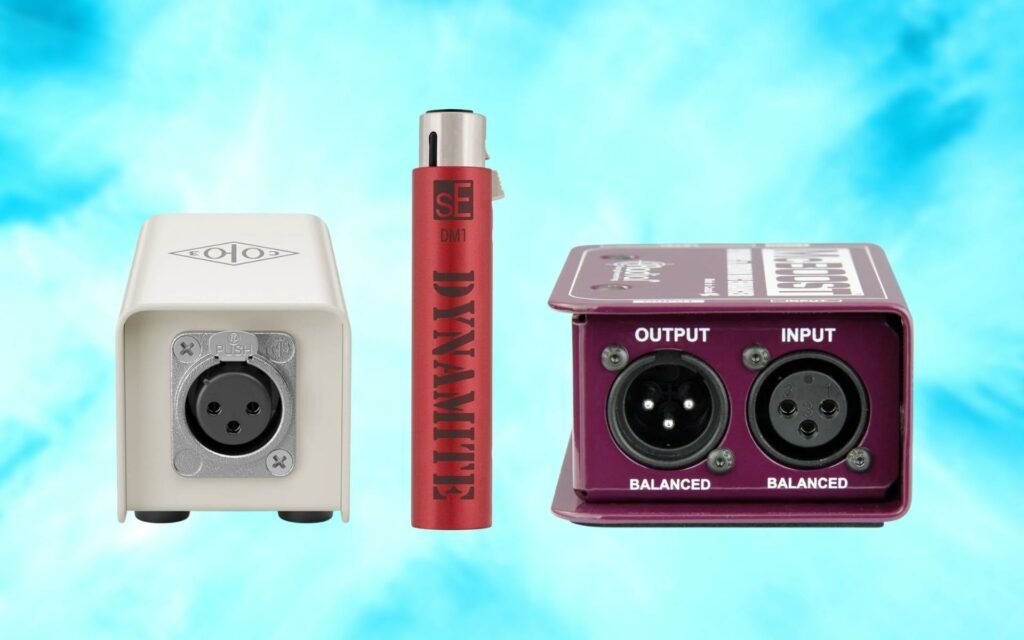 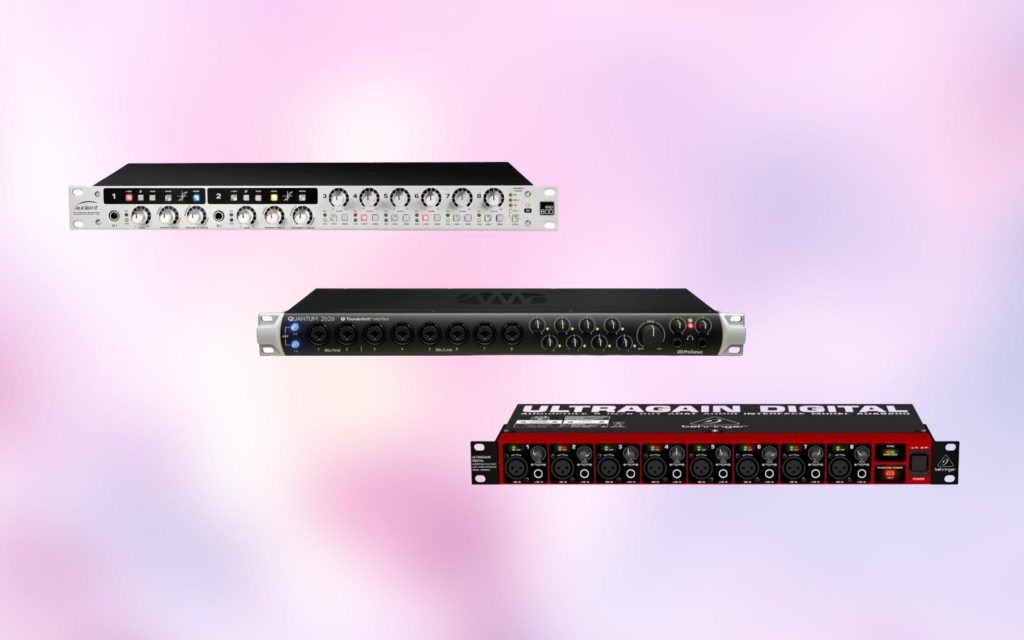