Abbreviations can be useful in many situations, but sometimes they can also be confusing. If you’re unaware of the word that’s been shortened, it may leave you scratching your head trying to figure out what the letters mean.

You’ve probably seen the abbreviations “ft” or “feat” many times before. The most common use of these letters is to signify a measurement in feet, but this would make no sense in a musical context.

In this guide, we’ll dive into the meaning of “ft”, discuss when it should be used, and why it is so common.

What Does Feat Mean?

Feat, or ft are abbreviations of featuring. In songs, they are used to list any artists that are featured on the track alongside the main artist. The featured artist may have recorded vocals on the song, produced certain parts of it, or played an instrument on the recording. 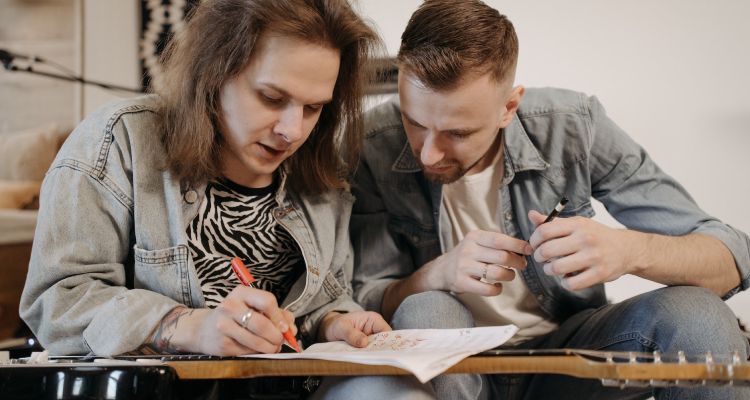 Feat and ft. are often included in the titles of songs or music videos. The terms began to be used heavily during the late 1990s and early 2000s when hip-hop and r & b artists regularly featured on each other’s songs.

Although the meaning of ft. and feat in music is easy to grasp, there is often some confusion around what it means for an artist to feature on another artist’s song.

When you see “ft.” or “feat.” after an artist’s name in a song title, this doesn’t necessarily mean that both artists collaborated on the composition. Indeed, they may have written the song together, but this would be signified in the songwriting credits.

For example, the bulk of The Beatles’ music was written by John Lennon and Paul McCartney. The songwriting credits are, therefore “Lennon/McCartney”.

An artist featuring on a track doesn’t indicate whether they had any part in the writing process. They may simply have been drafted in to sing a chorus that was already written by the main artist, who wanted a specific vocal style.

Feat. could also be used if another artist or musician has played an instrument on the track, such as a guitar solo, or has a part in the production. However, this is less common than someone who has featured vocally on the song.

It’s common for rappers to feature in each other’s songs. One rapper may lay down a verse in a song, record the main hook, or a collective of artists may perform equally on the track.

If there are several artists featuring on one song, the artist that is releasing it as part of an album or E.P is usually listed first.

Why Do Artists Feature On Other Artist’s Songs? 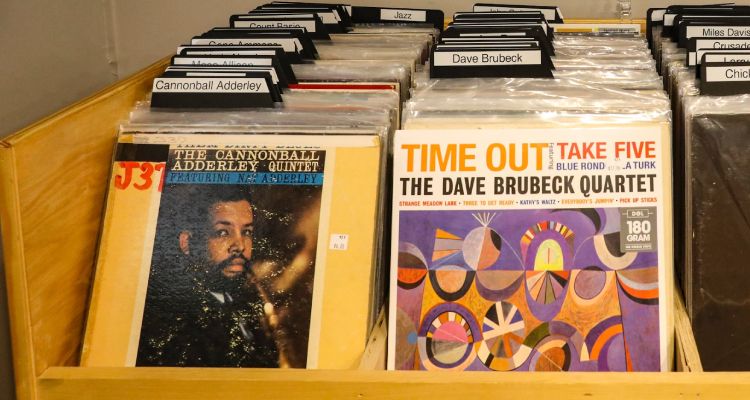 Featuring in songs has many advantages, both for the main artist and the featured artist. It has become more common to see ft. or feat. in a song title since collaborations have become popular in specific genres.

Here are the main reasons that artists use features and guest appearances on their tracks.

One of the main benefits that a feature in music offers for all of the artists involved is cross-promotion.

Artists spend years building their fanbase. While the internet has made it possible to amass a considerable following very quickly, the artist still spends a formative period gaining fans by releasing music and performing live.

If two artists release a song together, this leads both sets of fanbases to take notice. Both artists, therefore, benefit from the exposure to the other’s fans, which is commonly called cross-promotion.

Features can cause the fanbase of the artist to increase incredibly quickly. The fans come to listen to the artist they already love, and consequently, they also hear the work of the other artists who perform in the song.

This is a common trick used by artists to increase their following. It is especially effective if the artists perform a similar style of music, as this means the fans are more likely to cross over.

Another reason for features on songs is to introduce new artists. It’s very common for established artists to feature new artists on their tracks or vice versa. This may be because they belong to the same record label or management group.

For an upcoming artist, either featuring on an established artist’s song or having the feature on one of theirs is a great way to burst onto the scene and gain some more fans.

Many modern artists set up their labels so that they can help other artists enter the industry. Featuring their songs is an effective way to introduce them to the masses.

Notable Examples of ft. in Music

Now that you know what “ft.” or “feat.” means when it is used in songs, you’ll probably start to notice how frequently these terms are used.

Here are some of the most famous examples of songs that have featured artists performing on them, from different genres.

There are countless examples of songs that use feat. or ft. to introduce a guest appearing artist in the pop genre. One famous example is the 2012 hit Somebody That I Used To Know by Gotye ft. Kimbra.

Get Lucky by Daft Punk feat. Pharrell Williams is another notable example, being one of the best-selling singles of the 2010s.

If we go further back, Islands In The Stream by Dolly Parton ft. Kenny Rogers is another hugely successful song with a featured artist.

The genre of hip-hop is filled with songs that use “ft.” or “feat” in the title. Classics like Still Dre – by Dr.Dre ft. Snoop Dogg or Hate It Or Love It by The Game ft. 50 Cent are two popular examples.

It’s very common for hip-hop artists to collaborate with each other by recording a hook or a verse for another artist’s song.

More recent examples of this include Praise The Lord (Da Shine) by Asap Rocky ft. Skepta, All The Stars by Kendrick Lamar ft. SZA, and Your Heart by Joyner Lucas ft. J.Cole.

Like hip-hop, R n’ B is another genre that you’re likely to find “ft.” or “feat.” in the title. The classic track Dilemma by Nelly ft. Kelly Rowland is an example of this, as is the legendary track Regulators by Warren G ft. Nate Dogg.

Many R n’ B artists collaborate with each other to benefit from having various vocal styles of a song. Often, rappers will be featured on an R n’ B track to make it more diverse.

Yeah by Usher ft. Lil Jon and Ludacris is an example of a song where more than one additional artist is featured. There is no limit to the number of artists that can be listed as featuring on a track.

Now that you’re aware of the feat meaning in music, you’ll no longer be confused when you see it in a title. Some artists have replaced these abbreviations with an “X”, which essentially means the same thing.

As an experiment, look out for all of the songs that include a featured artist for the next few days. You’ll be amazed at how often ft. or feat. are used in song titles across several genres!